Here They Come With Their Make-Up On
Suede, Coming Up . . .
And More Adventures Beyond The Wild Frontiers
Jane Savidge 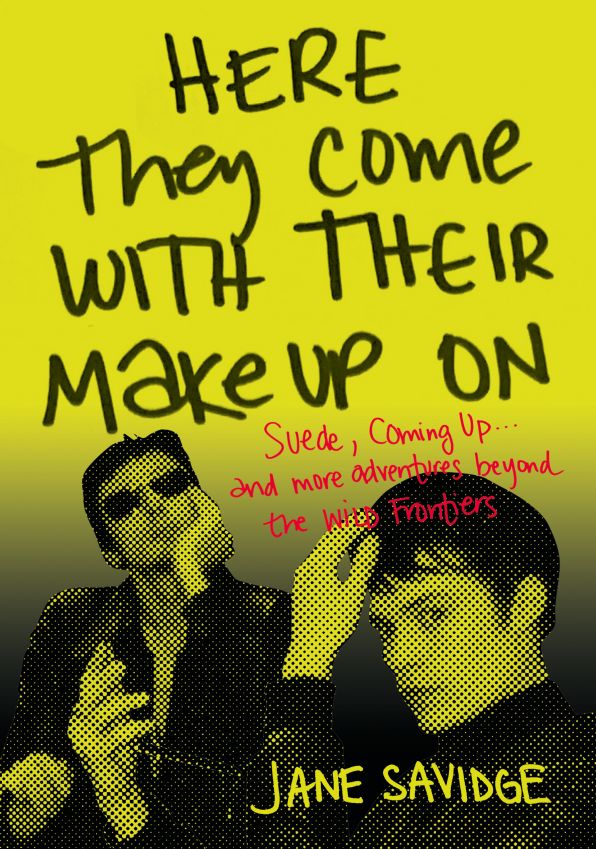 ‘There were only a handful of people in the world who still really believed in Suede at the time, and five of them were in the band.’ Brett Anderson, Suede

‘Suede were Marmite at the time, and I was expecting the press to trash them. Every meeting I had with the record company, I was told they were done for.’ Ed Buller, Coming Up producer

‘How did they do that? Comeback of the century.’ Select magazine cover, November 1996

Here They Come with Their Make-Up On examines in exquisite detail how Suede emerged from the chaotic, ruined remnants of their career and somehow managed to conjure up their most joyously evocative and celebrated album to date. Coming Up – the extraordinary record in question – stumped the band’s most ardent critics and hit the jackpot, with sales that eclipsed those of their first two releases combined. As the band’s publicist throughout that period, Jane is uniquely placed to reveal exactly how they did it.

This book is also a personal journey into the heart of an album that Jane loves – if not unconditionally then as a piece of work that has ultimately survived the ravages of time – and the brutish, nasty, and not-so-short nature of the media scrutiny that had threatened to confine the band to the dustbin of history. In addition, it features yet more outlandish tales from Jane’s time with Suede and those around them back then, as well as new interviews with band members Brett Anderson, Richard Oakes, and Neil Codling, and Coming Up’s producer, Ed Buller.

As co-founder and head of legendary PR company Savage & Best, Jane Savidge is widely credited as being the main instigator of the Britpop movement that swept the UK in the mid 1990s. During this time, Jane represented Suede, Pulp, The Verve, Elastica, Longpigs, Menswear, Marion, Ultrasound, Echobelly, The Auteurs, Black Box Recorder, and Kula Shaker, while also representing many other artists of the era, including The Fall and Jesus & Mary Chain.

Jane Savidge is also the author of Lunch with the Wild Frontiers, which was published in 2019 to much critical acclaim. The Glasgow Herald hailed it as a ‘20th-century glitterball take on Machiavelli’s The Prince’; Q magazine praised it as ‘an eye-opening, read in one sitting autobiography’. Classic Pop called it ‘by far the finest book on Britpop to date’, while Stylist magazine saw it as ‘fascinating, funny, and a tale of the messy, exciting and truly invigorating whirl that created an unparalleled moment in British music’.