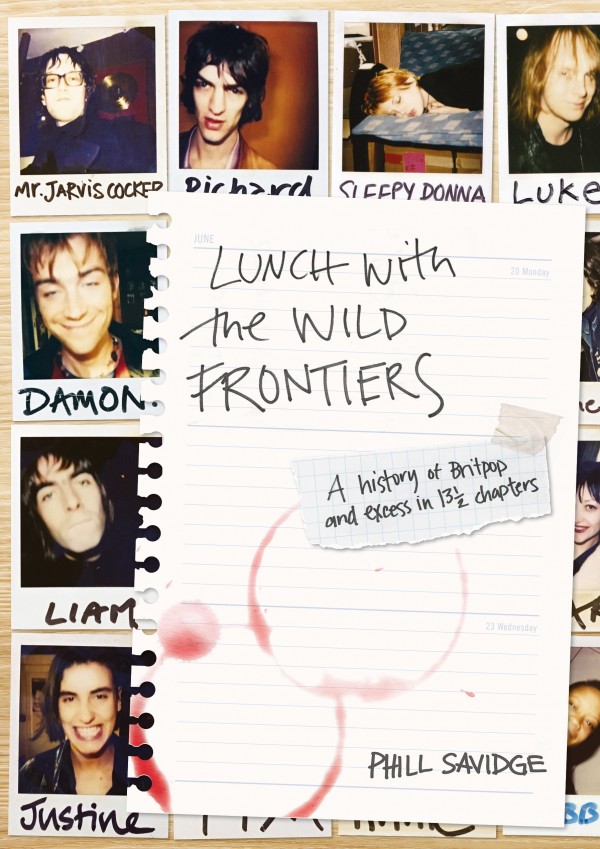 ‘Phill Savidge blew my mind in the 90s. Now he can blow yours too.’
—John Niven, author of Kill Your Friends

‘Phill Savidge orchestrated the Britpop assizes, all the while coming on like a cross between Jean Baudrillard and Eva Peron. You will laugh until your septum falls out.’
—Luke Haines, The Auteurs

‘If anyone knows where the bodies are buried, it’s Phill.’
—Mat Osman, Suede

‘Phill was there, and his memoir is full of the period’s swagger and sense of fun, with just the right amount of distance and perspective. There wasn’t enough of me, but you can’t have everything.’
—Stuart Maconie, author of Cider With Roadies

Phill Savidge is widely credited as being the main instigator of the Britpop music movement that swept the UK in the mid-1990s. Savidge was co-founder and head of legendary public relations company Savage & Best, the company that represented most of the artists associated with the scene, including Suede, Pulp, The Verve, Elastica, Kula Shaker, Spiritualized, Menswear, The Auteurs, and Black Box Recorder.

Savidge transitioned to female after the publication of her first book, Lunch With The Wild Frontiers, and is now known as Jane Savidge. In Lunch … she suggests that Britpop came about by accident because she refused to represent any American bands. She subsequently ended up with an extremely accessible, media-friendly roster that lived around the corner and included the most exciting press-worthy acts of the era.

Savidge’s unique experience at the epicentre of Britpop led to many intimate, not entirely self-congratulatory encounters with a who’s who of popular culture, including Brett Anderson, Damon Albarn, Roy Orbison, David Bowie, Joe Strummer, Lou Reed, Michael Barrymore, Richard Ashcroft, Andrew Lloyd Webber, Mick Jagger, George Lucas, Damien Hirst, and Dave Stewart, among others. But did she really Sellotape a cassette of Suede’s ‘Animal Nitrate’ single to a purple velvet cushion with a note that said ‘another great disappointment’ and then bike it to the NME? And could she and Jarvis Cocker really have fallen out simply because a journalist thought she was more glamorous than the Pulp front man?

If you’ve ever wondered what it’s like to represent Hirst, Cocker, and The Verve in the same decade, and then wake up in bed with Keith Allen in the Ritz in Paris courtesy of Mohammed Al Fayed then you should read this book. Imagine David Sedaris with a hangover and an expense account and you’re halfway to appreciating the delinquent delights of Lunch With The Wild Frontiers.

Savidge is currently working on her second book.

Praise for Lunch With The Wild Frontiers“A lively love-letter to a bygone era” – The Guardian“A 20th-century glitter-ball take on Machiavelli’s The Prince” – Glasgow Herald “A read-in-one-sitting, eye-watering memoir” – Q magazine“A distinctive, rollicking, hugely-evocative memoir” – We Are Cult“Excellent . . . Remind[s] us that the best pop culture often comes together thanks to accidental, passionate heroes, standing out against the crowd in the most brilliant way.” – Jude Rogers, New Statesman“If Savidge acts as if he could get away with anything, that’s because he probably did. A rum old blast from a wonderfully ridiculous past while the fun lasts, liable to induce knowing chuckles of fond nostalgia and despair alike in the decade’s fellow survivors.” – Record Collector “Lunch with the Wild Frontiers is an exhilarating and hilarious expose of the scene, recounted in a gloriously gossipy style with a vibrancy that sees it begging to be adapted for the screen, an addictive read which lifts the lid on the stories that hit the headlines as well as a fair few that were deliberately concealed. By far the finest book on Britpop to date.” – Classic Pop, 5/5“Phill Savidge has packed so many top anecdotes into his memoirs it’ll feel like you were there.” – Daily Mirror“This is the tale of the messy, exciting and truly invigorating whirl that created an unparalleled moment in British music. It’s also a fascinating and funny step back in time to a world where demo cassettes and weekly music papers ruled Britain.” – Stylist magazine“The hilarious and weighty story of the music industry before computers when everything was face to face – an in depth biography of an electrifying era for British pop.” – Louder Than War

Jane Savidge is a writer and publicist best known for being at the epicentre of the Britpop movement that exploded during the 1990s. During this vibrant and exciting period in British music history, Jane and her company, Savage & Best—who represented Suede, Pulp, The Verve, Elastica, and almost every band associated with Britpop—had the kind of fun that is now banned by the Proper Job Authorities.