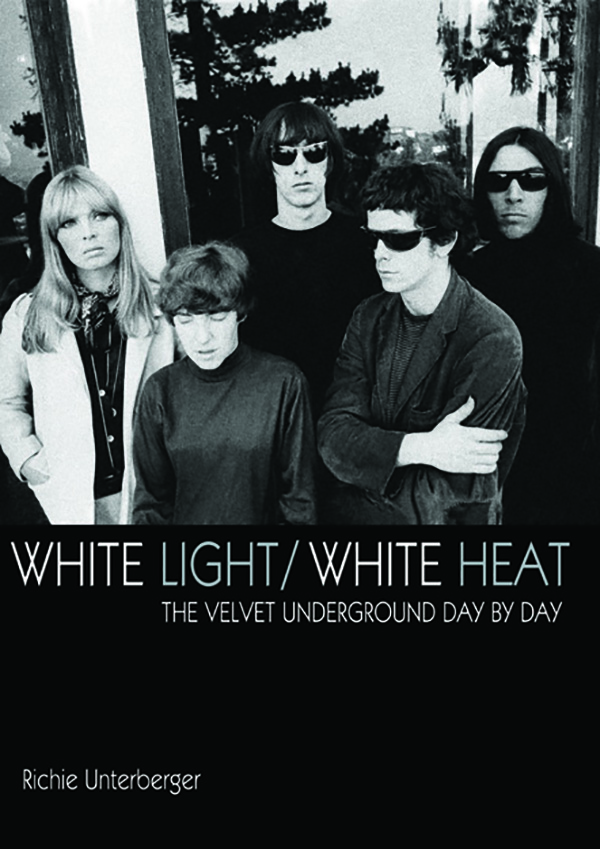 By turns fiercely confrontational, literate, primitive and sweetly melodic, The Velvet Underground remain one of the most influential bands in the history of rock. The ultimate cult band and the ultimate art rock experience, the VU’s music and style have served as a blueprint for everyone from David Bowie to The Jesus And Mary Chain. Yet for all their enduring importance, they were unsuccessful in their day, selling minute numbers of records, their monochrome look and photo-realist lyrics at odds with the garish colours and peace fantasies of the hippy era. It was only when David Bowie started to champion the band in the early 70s, after they had split up, that the VU’s reputation started to spread.

In White Light/White Heat, noted rock writer and historian Richie Unterberger analyses the band’s career and influence in forensic detail, drawing on many new interviews with band members and associates, previously undiscovered archive sources and a vast knowledge of the music of the times. The result is a comprehensive, articulate, immensely detailed history, the most thorough work on the band yet published.

Richie Unterberger is an acclaimed author and music historian, renowned for his meticulous research. A regular contributor to the All Music website, Mojo, Record Collector and many other publications, he has also written dozens of liner notes for CD reissues of classic 60s and 70s albums. His previous books include Unknown Legends of Rock’n’Roll, Eight Miles High and Turn! Turn! Turn!