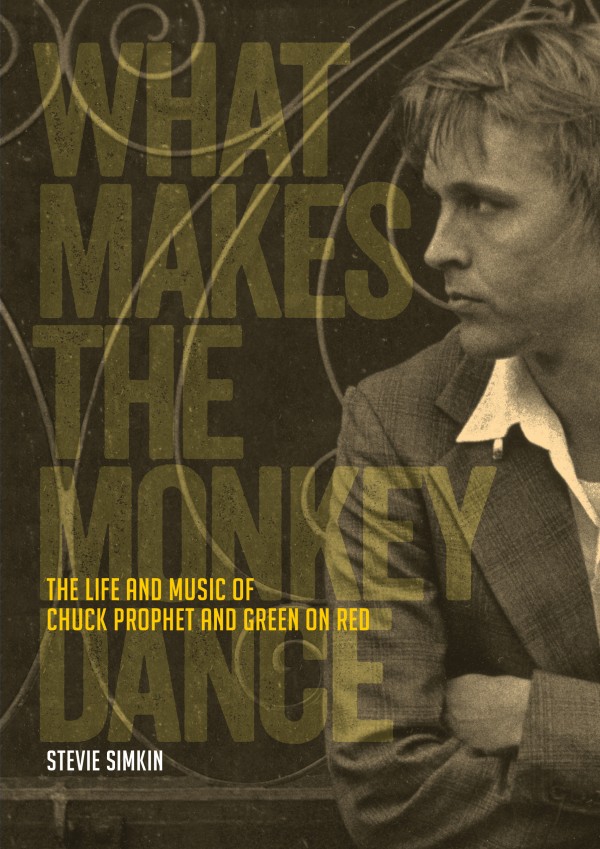 How do you define success? If you let somebody else define what success is, you’re a sucker. I’m no sucker.

Chuck Prophet started out as a post-punk California kid who helped kick-start the alt-country genre when he joined Dan Stuart’s Green On Red, then making a name for themselves as part of the so-called Paisley Underground alongside bands like The Dream Syndicate and The Bangles. While Green On Red established a reputation for self-destruction illuminated by flashes of brilliance in the studio and on festival stages around Europe in the late 1980s, Prophet simultaneously immersed himself in roots music and forged a solo career via backroom and basement venues across his adopted home of San Francisco. He has emerged as one of the most respected musicians of his generation, admired for his talents as a songwriter, guitarist, vocalist, and live performer. He has worked with the likes of Tony Visconti and Warren Zevon, and his songs have been performed by artists as diverse as Bruce Springsteen and Solomon Burke.

Those who know him through his social-media presence or his live shows are well aware that no one tells a story quite like Chuck Prophet; here, his voice rings clearly from the first page to the last as he gives his perspective on writing, recording, and performing, and talks candidly about his struggles and remarkable recovery from years of addiction.

As Prophet’s official archivist, author Stevie Simkin draws on over a hundred hours of interviews with his subject—as well as contributions from fellow musicians, producers, friends, and associates, and unique access to unreleased songs and live recordings and scores of previously unseen photographs. Time and again, Simkin puts the reader in the room with Chuck as he talks, or in the studio as he plays, and the live experience is captured from both sides of the stage monitors.

An exciting rock’n’roll odyssey, What Makes The Monkey Dance is essential reading for every fan of this phenomenal artist, but also for anyone with an interest in alternative music during a period of seismic change, offering a fascinating portrait of how a true artist has managed to carve out a career at the sharp end of a notoriously ruthless industry. 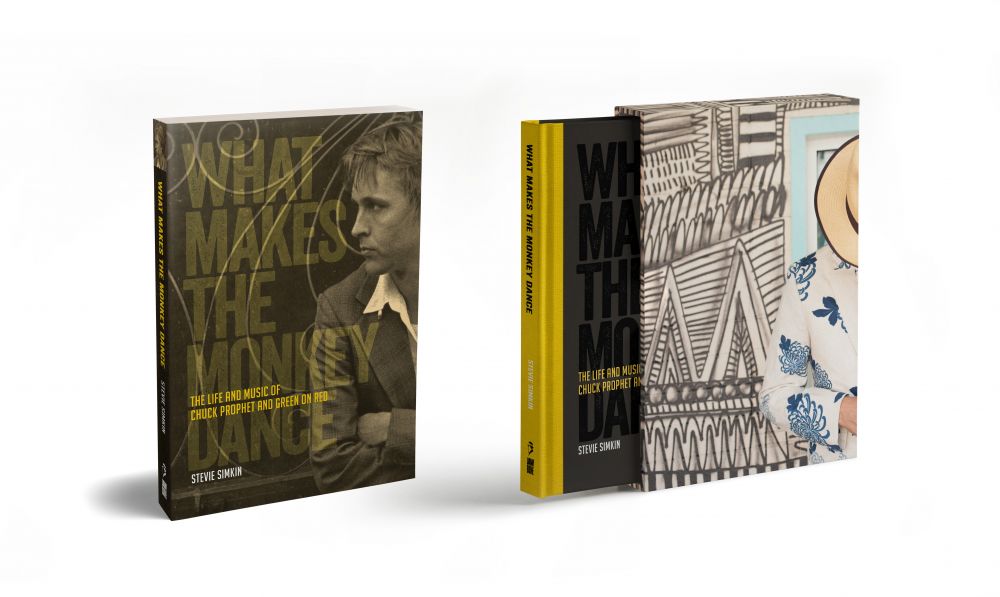 Available in three editions: paperback, ebook, and a deluxe collector’s edition, . (Sold out!) The collector’s edition is comprised of a signed and numbered hardcover edition of the book in an exclusive slipcase, packaged alongside an art folder containing six photographic prints of Chuck by close collaborator Tom Erikson.

PRAISE FOR THIS BOOK

Stevie Simkin’s study of cult country rocker Chuck Prophet is unique in the overcrowded world of the musician biog, in that it concentrates on how the harsh economic realities of being a critically acclaimed outsider impact on the quality, completion and artistry of the work, an issue overlooked by chroniclers working in the post-physical media desert. Chuck’s an artisanal dry-stonewaller in a world of hastily erected electric fences and Simkin gets the moss under his fingers.
Stewart Lee

My youngest child asked me, ‘Is Chuck Prophet famous?’ Starting to go into the whole son-if-we-lived-in-a-just-world monologue, I instead said, ‘Yes, Chuck is very famous. Doesn’t it sound like it?’ The boy nodded yes. In fact, Chuck is one of the most famous-sounding musicians at work today. Fact: I recommend Chuck Prophet to more people than any other artist. Period. Second place stands across a wide valley. Stevie Simkin taught me so, so much about a man I already knew and loved dearly. I am indebted to Stevie for sweating, digging, discovering, truth-telling. I love this story.
Warren Zanes (writer, musician, educator, and Tom Petty’s authorised biographer)

What Makes The Monkey Dance is a top-drawer biography of Chuck Prophet, current American indie guitar God and once the string-bender behind the legendary Americana act Green On Red. Both a cautionary tale of record- industry dangers as well as a story whose triumphs are as high as its pratfalls are low, this is without question the best place to discover or at least re-examine the best kept secret in California rock’n’roll, the remarkable Chuck Prophet.
Sid Griffin (musician/author, The Long Ryders)

Chuck Prophet is one of the unsung heroes of American rock. In this biography, he finally gets what he deserves—careful analysis by a writer who understands the popular music industry. Well-researched, lucid, engaging, and written with Prophet’s co-operation, this is a fine example of scholarship that is both insightful and accessible. It’s a fascinating tale, beautifully told.
Christopher Partridge (co-editor of Studies in Popular Music, Lancaster University, UK)

What Makes The Monkey Dance is the polar opposite of the standard ‘Cut and Paste’ rock biography. Author Stevie Simkin has applied all his stringent research techniques to documenting the career of an artist and a band whose profile, although ironically higher today than it ever has been, remains under the radar of the general public.
Oliver Gray, Americana-UK.com

Simkin captures [Prophet’s] essence … the determination that lurks behind the cynical mask, and the way his music quietly defies the passing years.
Jim Wirth, Uncut magazine

What Makes the Monkey Dance does much more than dwell on Prophet’s undeserved commercial fate. Though a self-admitted fan, Simkin is a scholar by trade and he brings a usefully academic approach to Prophet’s life and career, compiling his narrative from thoroughly researching the written record as well as culling material from fresh interviews. The result is a comprehensive examination of an extraordinary artist.
Scott McLenan, The Arts Fuse