Touched By Grace
MY TIME WITH JEFF BUCKLEY
GARY LUCAS 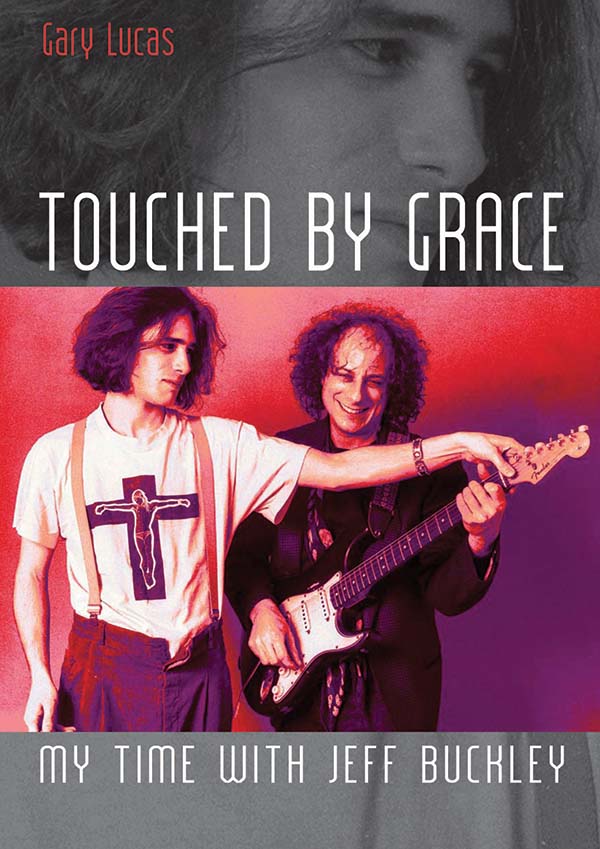 Suddenly, this skinny, longhaired kid who had been lounging against the wall inside sprang forward to confront me, rolling and popping his eyes, intensely vibing me with his own personal voodoo. He looked electric, on fire—as if he was about to jump out of his own skin.

He was the very image of the young Tim Buckley—same sensual, red-lipped mouth, same sensitive, haunted, blazing eyes. He was a beautiful boy: so charismatic, so handsome, his chiseled face both angelic and demonic.

This was obviously Jeff Buckley.

Touched By Grace is a revealing account by the legendary guitarist and songwriter Gary Lucas of the time he spent working with Jeff Buckley during Jeff’s early days in New York City.

It describes their magical first performance together at the Greetings From Tim Buckley concert in 1991, the creation of their landmark songs ‘Grace’ and ‘Mojo Pin,’ their plan to take on the world together in Gary’s band Gods and Monsters—and then the moment when Jeff pulled the plug, opting instead to pursue a solo deal with Columbia Records, the very label that had recently cut short its contract with the original incarnation Gods and Monsters.

In this fascinating and revelatory new book, Gary Lucas writes with heartfelt honesty about the highs and lows of this unique creative collaboration, providing an eye-opening insight into a world of music, passion, betrayal, and more.

Gary Lucas is a world-class guitarist and Grammy-nominated songwriter. Dubbed “the greatest living electric guitarist” by Daniel Levitin, author of This Is Your Brain On Music, he has recorded more than 20 acclaimed solo albums spanning everything from psychedelic rock to Chinese pop, and was a key member of Captain Beefheart’s Magic Band during the 80s. He was a consultant on the forthcoming film Greetings From Tim Buckley, which stars Penn Badgley as Jeff Buckley and covers the same time period as this book, and is currently working on a variety of new projects, including a collaboration with Van der Graaf Generator front man Peter Hammill.