Throwing Frisbees At The Sun
A BOOK ABOUT BECK
ROB JOVANOVIC 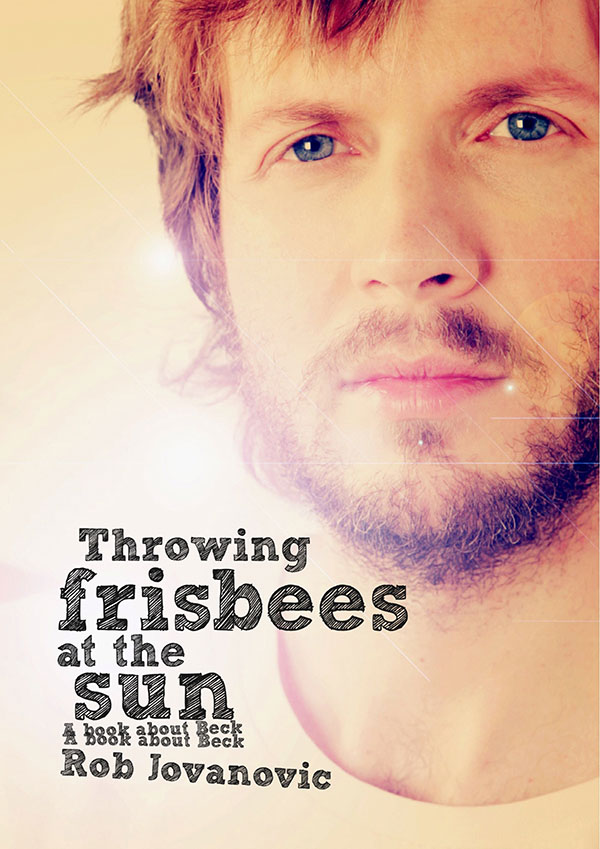 At a time in rock and pop history when almost everything has been done before, few artists have proved as restlessly innovative as Beck.

Since bursting onto the scene in 1994 with ‘Loser’, he has zigzagged his way across the contemporary music landscape, consistently remaining one step ahead of expectations and doing things his own way, shape-shifting from indie icon to pop crooner, from folk hobo to Latino-rap hipster, balancing big-budget chart highs with low-key, introspective acoustic albums.

Beck’s early shows saw him clearing the stage with a leaf-blower, and his enthusiasm for the experimental has not diminished with age. In the twenty-first century, he founded the Record Club, which brought together disparate artists to record cover versions of whole albums in a single day for release online. Then he took a troupe of doppelgänger marionettes  out on tour and made the brave decision to release Song Reader as a set of sheet music, challenging buyers to record and play their own versions of his new songs.

Drawing on new interviews with friends, family, collaborators, and bandmates—as well as conversations with Beck himself—Throwing Frisbees At The Sun is a carefully crafted, career-spanning retrospective befitting the many twists and turns of this intriguing performer’s path through life and music.