This Band Has No Past
How Cheap Trick Became Cheap Trick
Brian J. Kramp 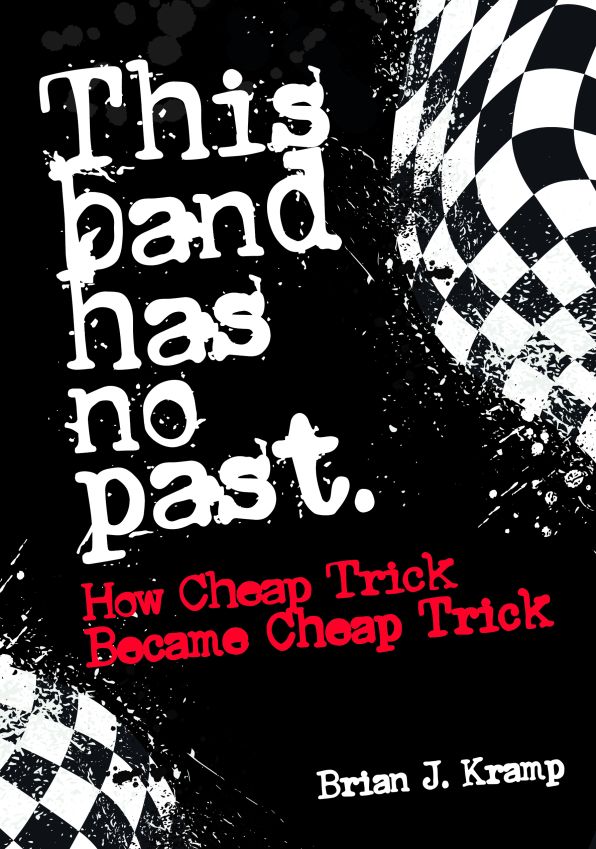 ‘Brian Kramp’s amazing, forensic investigation into the band’s prehistory and early days does for Cheap Trick what Mark Lewisohn did for The Beatles: unravel myths, pin down elusive details, reveal surprising facts, identify relevant characters, and put it all in historical context. I thought I knew the story, but I learned a lot.’
IRA ROBBINS

‘Brian has meticulously researched the band’s history and reveals fascinating things that even the most ardent Trick fan couldn’t know without this colorful and fact-filled chronicle. It’s a definitive history of a unique and brilliant group—the most talented, clever, and entertaining band I experienced in my thirty years as an A&R man and producer.’
TOM WERMAN

‘This band has no past’ was the first line of the farcical biography printed on the inner sleeve of Cheap Trick’s first album, but the band, of course, did have a past—a past that straddles two very different decades: from the tumult of the sixties to the anticlimax of the seventies, from the British Invasion to the record industry renaissance, with the band’s debut album arriving in 1977, the year vinyl sales peaked.

This Band Has No Past tells the story of a bar band from the Midwest—the best and weirdest bar band in the Midwest— and how they doggedly pursued a most unlikely career in rock’n’roll. It traces every gnarly limb of the family tree of bands that culminated in Cheap Trick, then details how this unlikely foursome paid their dues—with interest—night after night, slogging it out everywhere from high schools to bars to bowling alleys to fans’ back yards, before signing to Epic Records and releasing two brilliant albums six months apart.

Drawing on more than eighty original interviews, This Band Has No Past is packed full of new insights and information that fans of the band will devour. How was the Cheap Trick logo created? How did the checkerboard pattern come to be associated with the band? When did Rick Nielsen start wearing a ballcap 24/7? Who caught their mom and dad rolling on the couch? What kind of beer did David Bowie drink? And when might characters like Chuck Berry, Frank Zappa, Don Johnson, Otis Redding, Eddie Munster, Kim Fowley, John Belushi, Jim Belushi, Elvis Presley, Leslie West, Groucho Marx, Robert F. Kennedy, Patti Smith, Andy Warhol, Lou Reed, The Coneheads, Tom Petty, Harvey Weinstein, Michael Mann, Linda Blair, Eddie Van Halen, Elvis Costello, Matt Dillon, and Pam Grier turn up? Read on and find out.

Brian J., short for Brian James, hails from Waukesha, where he was raised in two houses, one across the street from a bowling alley, the other haunted. The bowling alley was the Sunset Bowl, where Cheap Trick were ‘discovered’ by Jack Douglas. Douglas also happened to be the name of the ghost: a seven-year-old boy, one of the previous owner’s nine children, who fell off the roof of a neighborhood building. In the mid-nineties, Brian attended the University of Wisconsin in Madison, where it seemed like every other person he met had a great Cheap Trick story and was eager to tell it. The band were legendary in that town, icons already, and for Brian, an ardent rock fan and budding record collector, Cheap Trick pressed all the right buttons. Thirty years and thousands of records later, here we are: Brian is now the proud author of this, his first book, about his favorite band.

Brian has lived in Queens, New York, and Austin, Texas, but now resides near Madison with his wife and daughter. He has been a featured host on the long running podcasts Cheap Talk (a podcast devoted to Cheap Trick) with Ken Mills; and Rock and/or Roll, a part of the Pantheon Podcast Network.