So Much For The 30 Year Plan
Therapy?—The Authorised Biography
Simon Young 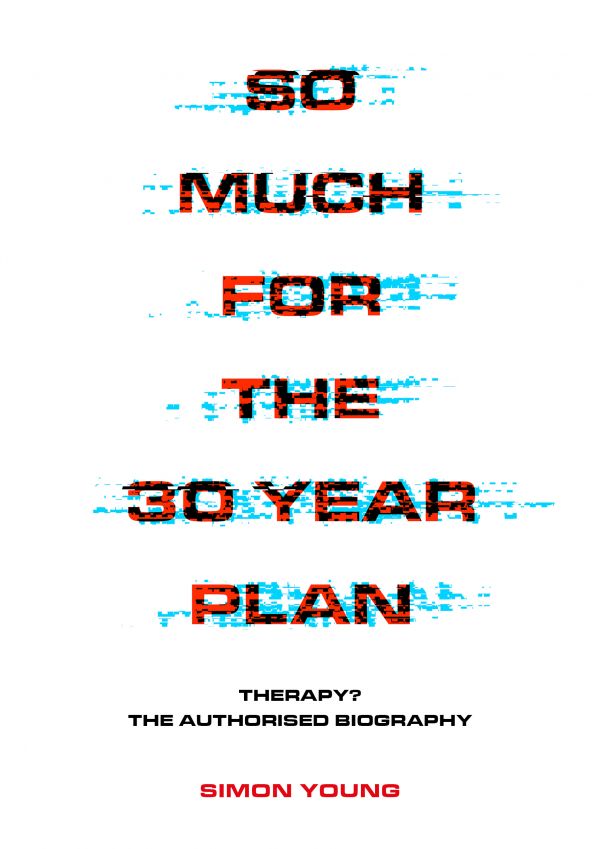 ‘Before we recorded Infernal Love, I didn’t know if I was coming or going. I developed quite a healthy drug habit and was drinking a bottle of Absolut vodka every day. I thought that if I gave up drinking, I’d spend the next two weeks lying in bed and feeling sick. I decided to keep going and see if inspiration would hit …’
—ANDY CAIRNS, THERAPY?

So Much For The 30 Year Plan is the first ever book to detail the life of Therapy?, one of rock’s boldest and most idiosyncratic acts. Written with the full co-operation of the band’s current members—frontman Andy Cairns, bassist Michael McKeegan, and drummer Neil Cooper—this official biography explores the dizzying highs and crushing lows they have experienced while navigating a three-decade-long career.

Featuring extensive interviews with the band and key figures from throughout their history, So Much For The 30 Year Plan offers insights into the band’s origins in Northern Ireland during the Troubles, the backlash they received from the underground scene after signing to a major label, the birth of their million-selling 1994 album Troublegum, the full story behind their split with original drummer Fyfe Ewing, and much more.

Published to coincide with the band’s 30th anniversary, this is essential reading for all Therapy? fans—and for anyone with an interest in the alternative music of the era.

About the author
Born in 1976 in Newcastle-upon-Tyne, Simon Young has been a music journalist for over twenty years. His fanzine, Hit A Guy With Glasses, enjoyed a one-issue run before he secured a job at Kerrang! in 1999. His writing has also appeared in Classic Rock, Metal Hammer, Prog, and Planet Rock. So Much For The 30 Year Plan is his first book.