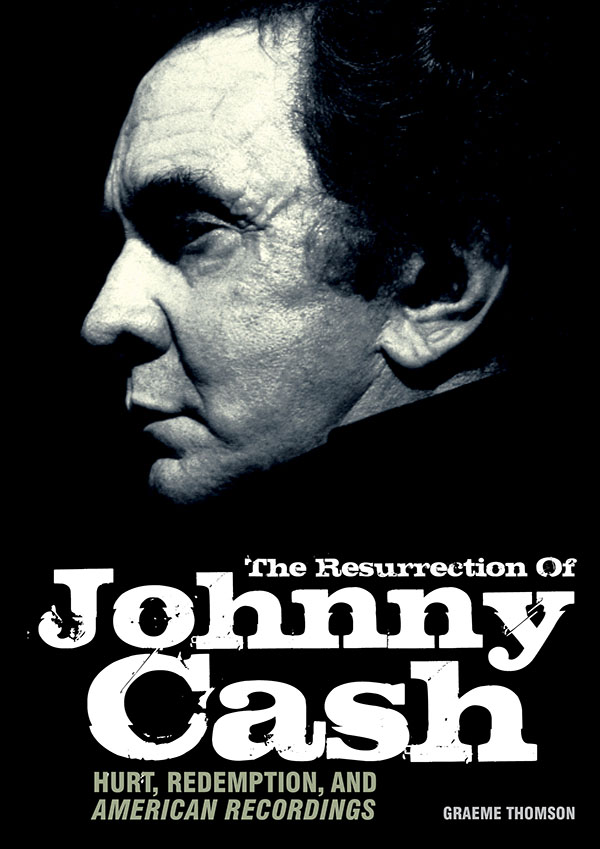 In 1992, Johnny Cash was battered and bruised. In constant pain through heart problems, broken bones and the aftermath of a second bout of drug addiction, his career wasn’t in much better shape than his body. One of his last singles for CBS, before they dumped him in 1986 after nearly 30 years, had been ‘Chicken In Black’ – in the video he appeared as a superhero fowl, dressed in cape, yellow shirt and tights. At the age of 60, all the signs were that Cash was ready for the museum. In fact, he was building one. Already an exhibit in the Country Music Hall of Fame, when he wasn’t playing small, shabby venues like Roadie’s Roadhouse, Mississauga, Ontario or Butlins Southcoast World in Bognor Regis, he was preparing to open the Cash Country theme park in Branson, Missouri.

Cut to a little under two years later. December 1993. Cash is playing the Viper Room on Sunset Boulevard in front of 150 of the hippest people in America. He is introduced by Johnny Depp; the audience includes Sean Penn, Juliette Lewis and assorted Red Hot Chili Peppers. They cheer him to the rafters for the full ninety minutes. His big bass baritone gets a whole song to itself on Zooropa, the new U2 album, while he has just completed recording his landmark American Recordings, made with Midas-like hip-hop and metal producer Rick Rubin. He won a Grammy for that record and a fistful more for his five other American Recordings albums. He played an unforgettable Glastonbury set in 1994 and was feted by one and all, from Nick Cave and Bono to Trent Reznor and Joe Strummer. From thereon until his death in 2003 (and beyond), Cash was, once again, the epitome of hip. Big Daddy cool.

The Resurrection Of Johnny Cash tells the story of perhaps the most remarkable turnaround in musical history. As well as acknowledging Cash’s drug, drink and religious travails in the fifties and sixties, the book digs much deeper, focusing on a lesser known but no less remarkable period of his life: the inglorious fall post-1970 and the almost biblical rebirth in his later years. Homing in on the ten-year period between 1986 and 1995 The Resurrection Of Johnny Cash features dozens of exclusive new interviews, including conversations with Rosanne Cash, Will Oldham, U2’s Adam Clayton and Nick Lowe. It tells in detail the story of Cash’s sometimes humiliating fall from grace and his unprecedented revival; his struggle with a cruel variety of illnesses; his ongoing battles with addiction; his search to find direction in his career; the reaffirmation of his core traits as both an artist and a man; and his hugely influential legacy.

Graeme Thomson is the author of three acclaimed biographies of elusive, often difficult musicians: Complicated Shadows (Canongate, 2004), a study of Elvis Costello; The Outlaw (Virgin, 2006), an intimate portrait of Willie Nelson; and most recently Under The Ivy (Omnibus, 2010), an in-depth biography of Kate Bush. His third book, I Shot A Man In Reno (Continuum 2008), was a subjective history of the many different, often unsatisfactory ways popular music has dealt with the issue of mortality. Thomson has written on popular culture for The Guardian, The Observer, Uncut, Mojo, Esquire, The Word, Time Out, The New Statesman, theartsdesk and The Herald, and speaks frequently on radio. He lives in Edinburgh with his wife and three children.