The Monkees, Head, and the 60s
PETER MILLS 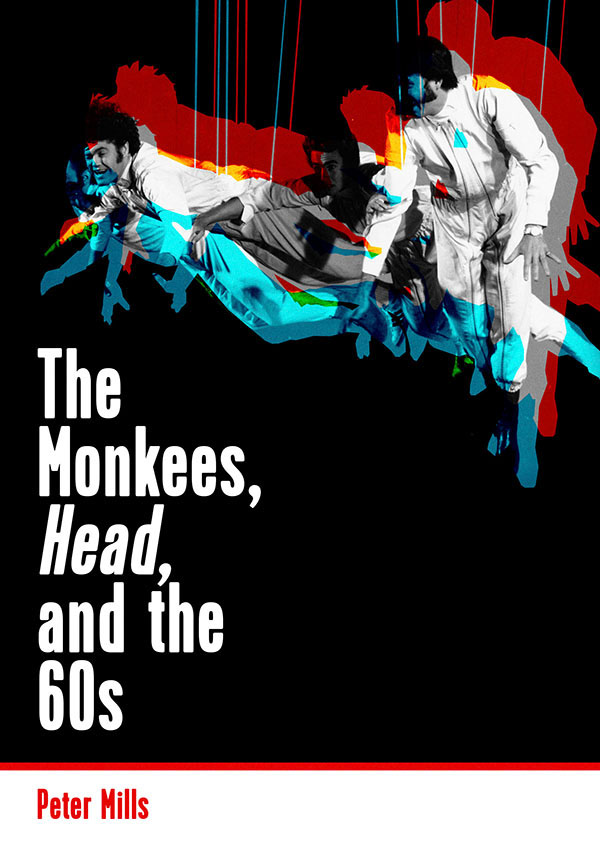 “Jack Nicholson actually brought the book to my attention. Since neither of us are inclined to read books talking about ourselves—or for that matter about the movie world—I was surprised with this one. Peter Mills began as a musician, so his appreciation of The Monkees both as phenomenon and critic is well-founded. The Monkee history is astonishing. As for “Head”, no-one has so thoughtfully elaborated on its meaning. The movie is elusive. But not to him or anyone who reads the book. And that includes me.” Bob Rafelson, creator of The Monkees and director of Head

“I was such a Monkees fan but I had to fight for the privilege, sometimes against the snobbery of those who would say things like, ‘But they don’t write all their own songs.’ But, I’d reply, neither did my other faves, The Beatles, Stones, and Kinks, when they started out. ‘But they don’t play on their own records,’ they’d whine. But neither did my other favourite American band, The Beach Boys, I’d respond. They even shared many of the same musicians. The Monkees are right up there for me. Can you imagine how I felt when I was asked to write a song or two for their 50th year? I came over all Randy Scouse Git.” Andy Partridge, XTC

“For a great band to be truly great, they must define an epoch, or at least an aspect of an era. The Monkees did it with Head. Its complete commercial failure set against its artistic aspirations and achievements was the perfect ending for the ultimate manufactured band.” Bill Drummond, The KLF, from his essay ‘Here We Come’, included in this book

How have a group conceived as a shortlived commodity outlived so many of their contemporaries? Why are The Monkees still important, and what does this tell us about their music, their TV show, and our understanding of popular culture today?

Despite being built in Hollywood, and not necessarily to last, The Monkees and their music, TV, and cinematic output have proved enduring. They are in many ways unique: as the first ‘made for TV’ band their success introduced methods of marketing pop that have since become standard industry practice, and their big-screen use of film and images in live performance is now a firmly established principle of concert staging. What’s more, they changed the rules of the pop game, taking control of their own affairs at the height of their success, risking magnificent failure by doing so.

The Monkees invented a new kind of TV, gave a new model to the music industry, and left behind one of the most enigmatic movies of the modern era, Head. This book is about all that and more. Drawing on years of original research and brand new interviews with key figures including songwriter Bobby Hart and producer Chip Douglas, it includes an extensive scene-by-scene analysis of the film and an exclusive essay on the impact of The Monkees and Head by KLF founder Bill Drummond.

Beginning by exploring the origins and personalities of the four Monkees before looking in depth at their work together on screen, on stage, and on record, The Monkees, Head, and the 60s is the first serious study of the band and the first to fully acknowledge their importance to the development of pop as we now know it.

Peter Mills is the author of several books, including works on Van Morrison and Samuel Beckett. He was singer and lyricist for Innocents Abroad, who made two albums, Quaker City and Eleven. A fan of The Monkees since his childhood, he began using the band and Head in his teaching as soon as he could. He is currently Senior Lecturer in Media and Popular Culture at Leeds Beckett University.