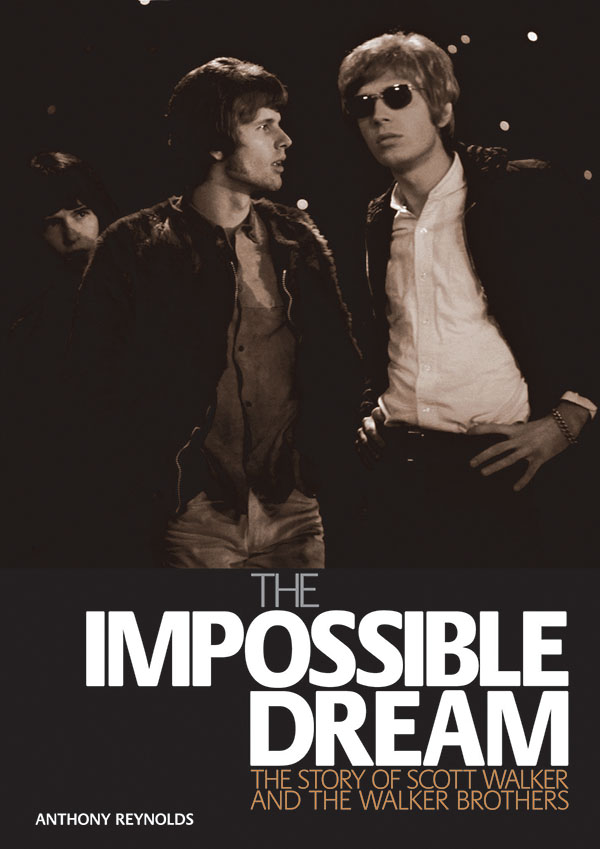 The Walker Brothers were the US counter-strike to the British invasion of the mid-60s. While The Beatles, the Stones and many others were busy colonising the US charts, three tall, handsome American men went into voluntary exile in a freezing London bedsit and launched their quest for pop stardom.

Not actually brothers, John (Maus), Gary (Leeds) and Scott (Engel) succeeded against the odds, becoming one of world’s biggest bands of 1966/67. With that came hit records—including two British chart-toppers, ‘Make It Easy On Yourself’ and ‘The Sun Ain’t Gonna Shine Anymore’—and all that success entails: screaming girls, package tours, and intense interest in their private lives. The pressure of success eventually caused them to split, and the Walkers went their separate ways. Of the three, Scott is now the most prominent, having embarked on a mysterious solo career that has since become the stuff of myth, but Gary and John have recorded varied and interesting work, too. All three drifted into obscurity before reforming in 1976 and releasing the classic ‘No Regrets’ single. They concluded their recording career with one of the decade’s most influential records, 1978’s Nite Flights, about which Brian Eno recently exclaimed: “We haven’t got any further than this. It’s a disgrace.”

The Impossible Dream is an in-depth biography that traces the career of one of the most successful bands in pop history. In addition to assessing and analysing the talent and appeal of the enigmatic Scott, the author also covers the history and contributions of the other ‘brothers’, John and Gary, and provides a thorough analysis of all three men’s careers both as individual artists and as a group, from 1963 to 1978. Drawing on decades of archive interviews with the band (some previously unpublished), and many new interviews with backing musicians, record label staff and producers, The Impossible Dream is the definitive telling of The Walker Brothers’ story.

Anthony Reynolds is a musician and a writer. He has released eight critically acclaimed albums. Anthony has contributed essays and critiques to many US and UK magazines, and has published a biography of Jeff Buckley.