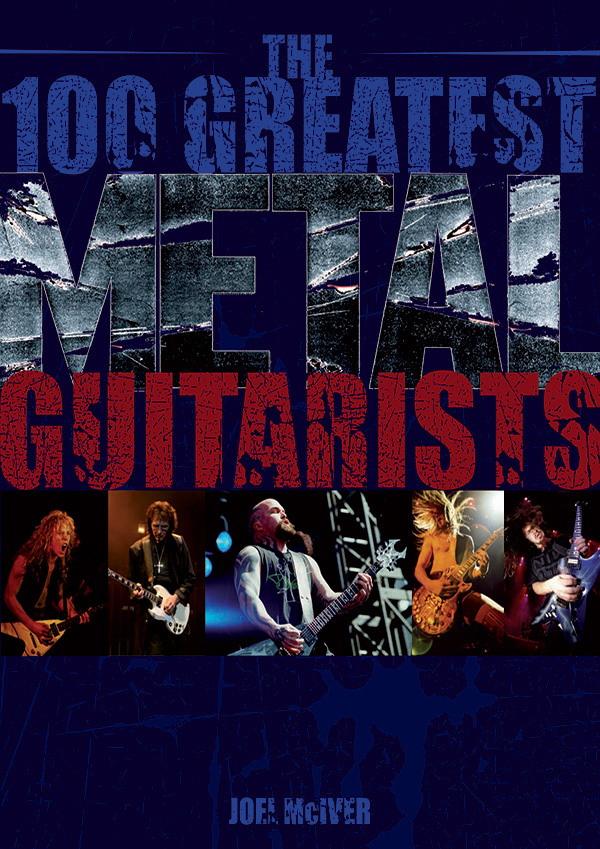 The 100 Greatest Metal Guitarists is a book with a mission. Since we emerged from the primeval ooze, mankind has laboured under the mistaken impression that hard rock is heavy metal and heavy metal is hard rock. Author Joel McIver sets out to rectify this tragic situation with the definitive list of guitar warriors: one hundred axe-slingers who don’t bother with show-off rock riffage and power ballads—they play METAL. Specifically thrash metal, death metal, power metal, doom metal and the traditional heavy metal that fans have known and loved since Tony Iommi first placed his industrially-truncated fingertips on a power chord back in 1970.

In this book, metal guitar expert McIver selects the most accomplished guitarists from the four generations of metal to date and places them in order according to their technical proficiency, or their pioneering ideas—or both. Whether you’re into the modern metal of Trivium, Avenged Sevenfold and Dragonforce, classic 80s and 90s extreme metal from Metallica, Slayer and Pantera, or the movement’s original pioneers Black Sabbath, Judas Priest and Iron Maiden, you’ll love this book—and from the moment you lay eyes on No. 100, you won’t put The 100 Greatest Metal Guitarists down until you’ve gone all the way to No. 1, the most gifted metal guitarist of all time!

Joel McIver has written twelve books on rock and metal, with his bestselling Justice For All: The Truth About Metallica and biographies of Slayer, Black Sabbath and Slipknot among the most respected in their field. He contributes to Total Guitar and Bass Guitar magazines, where he interviews musicians about their technique, songwriting and gear, and you can also read his work in Classic Rock, Metal Hammer, Rhythm and Record Collector.