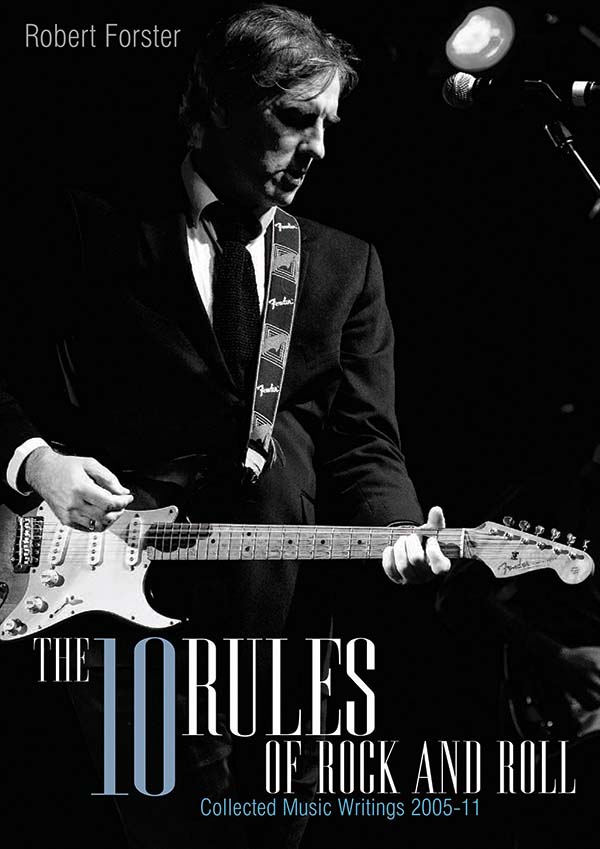 In his first book, Australian singer-songwriter Robert Forster takes readers on an idiosyncratic journey through the past and present of popular music: from Bob Dylan to Cat Power, from AC/DC to Nana Mouskouri, from The Saints to Franz Ferdinand. With 30 years experience as a recording artist and performer and an undimmed love of popular music, Forster’s observations about his fellow artists balance the enthusiasm of a fan with an insider’s authority. He is that rare thing, a musician who can write about music, and he brings to this collection of critical essays the erudition, wit and craft of his songwriting.

Originally published in Australia in 2009, The 10 Rules of Rock and Roll was praised for its “fresh insights by a genuine master” (Courier Mail) and for providing an “assured guide to recent pop music from the perspective of a songwriter who has willingly kept up” (Weekend Australian). This revised and updated edition features new material not included in the original book, as well as short fiction and two moving tributes to Forster’s fellow Go-Between, Grant McLennan.

Critically acclaimed Australian singer-songwriter Robert Forster has released 14 albums, five as a solo artist and nine with The Go-Betweens. In 2005, with virtually no previous writing experience, he became the music critic for Australian magazine The Monthly. The following year he won the Pascall Prize for Critical Writing. The 10 Rules of Rock and Roll is his first book. Forster lives in Brisbane, Australia.