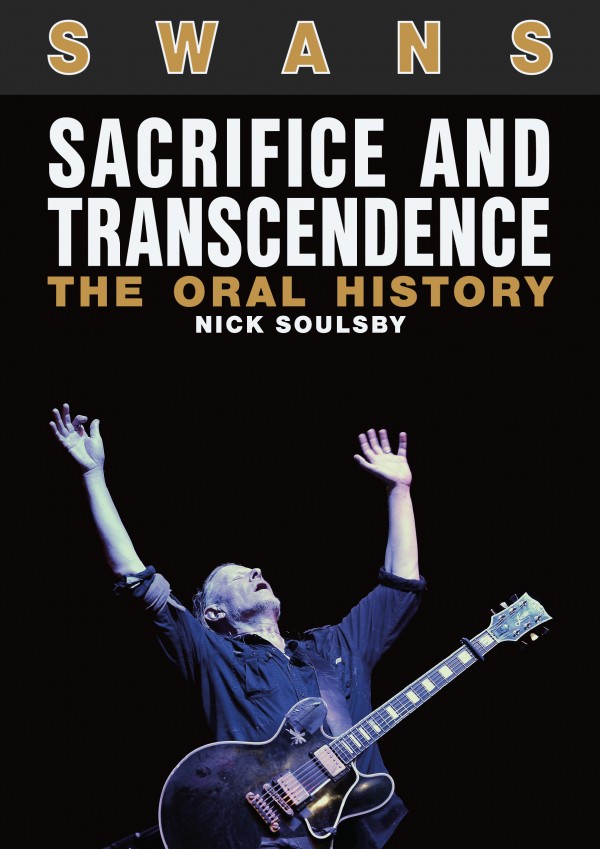 ‘I’m no stranger to failure, and I’m aware it can arrive at any minute—as it often has. You have to keep things close to your chest and be aware of what’s really important: the work, not everything around it. If you have faith in the work, then the people will come … it’s an artistic imperative, it has nothing to do with public perception or career or any of that crap.’

‘The name, Swans, it’s synonymous with who I am, but it’s how it’s achieved and it’s achieved by people—those people need to have total commitment to making this sound and to making it utterly incisive and uncompromising. The work is everything and it has to—at least at the time—appear, to me, to be stellar. That’s the prerequisite. It’s an intangible thing where it really speaks and has some truth within it.’
—Michael Gira

Over a span of some three and a half decades, Michael Gira’s Swans have risen from chaotic origins in the aftermath of New York’s No Wave scene to become one of the most acclaimed rock-orientated acts of recent years. The 1980s’ infamous ‘loudest band on the planet’ morphed repeatedly until collapsing exhausted, broken, and dispirited in the late 1990s.

Swans returned triumphantly in 2010 to top end-of-year polls and achieve feted status among fans and critics alike as the great survivors and latter-day statesmen of the underground scene. Throughout, Gira’s desire has remained to create music of such intensity that the listener might forget flesh, get rid of the body, exist as pure energy—transcendent—inside of the sound.

Through these pages, the musicians responsible tell the tale of one of the most significant bands of the US post-punk era. Drawing on more than 125 original interviews, Swans: Sacrifice And Transcendence is the ultimate companion to Swans and their work from the 1980s to the present day.

Nick Soulsby is the author of Thurston Moore: We Sing A New Language (2017), Cobain On Cobain: Interviews & Encounters (2016), I Found My Friends: The Oral History Of Nirvana (2015) and Dark Slivers: Seeing Nirvana In The Shards Of Incesticide (2012). In 2014 he curated the compilation No Seattle: Forgotten Sounds Of The North West Grunge Era 1986–1997 with Soul Jazz Records, and he also wrote the oral history of the band Fire Ants for the reissue of their 1993 EP Stripped.