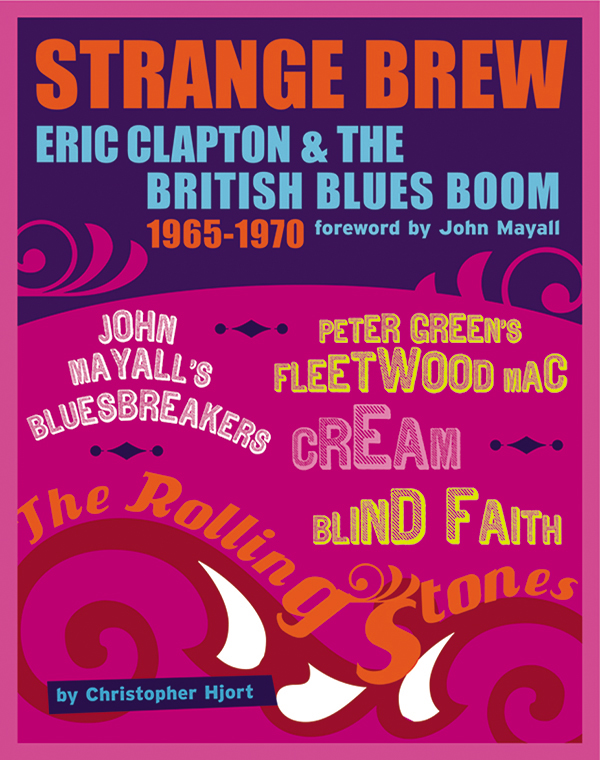 This is the day-by-day story of the 60s British blues boom, centering on key guitarists Eric Clapton, Peter Green, and Mick Taylor and the groups that they played in from 1965 to 1970—John’s Mayall’s Bluesbreakers, Cream, Fleetwood Mac, Blind Faith, The Rolling Stones, Delaney & Bonnie, and more. The book highlights Clapton’s time between The Yardbirds and his ‘70s solo career, turning up a multitude of fascinating, never-before-published details in the process. It features a comprehensive account of Clapton’s Greek “odyssey” in 1965, including the true story of The Glands and Greek band The Juniors, fresh insight into John Mayall’s recording with Bob Dylan, enlightening new details about the musical activities and aims of Cream, and charts how The Rolling Stones’ comeback in 1969-70 saw the group turning from pop stars into rock icons.

Readers will discover the single live event that provided the opportunity to see and hear Peter Green, Mick Taylor, Jeff Beck, and Eric Clapton, the reviewer who described Fleetwood Mac’s ‘Albatross’ as a “maudlin Mantovani number”, the gig at which Mick Taylor and The Rolling Stones were surreptitiously recorded for one of the first rock bootlegs, LiveR Than You’ll Ever Be, and the Swedish reporter who described Clapton as sounding like a lightning strike in a guitar factory. The book’s day-by-day format, peppered with great photographs and memorabilia, reveals the way the musicians behind the blues boom worked together, influenced each other, and pushed one another to ever greater achievements. Strange Brew uses intensive research to present and explain the work of some of the music’s greatest musicians in a unique and engaging format.

Christopher Hjort (born 1958) is a rock historian who combines a love for popular music with an interest in typography and graphic design. He has written record reviews and artist profiles in various Norwegian music magazines. In 2000, together with noted American researcher Doug Hinman, he published an acclaimed chronology of Jeff Beck’s career, Jeff’s Book. Hjort has also worked as a semi-professional guitarist, and toured and recorded two albums with Norway’s first cajun and zydeco group, Bygg Band. The group’s second album was recorded in Crawley, Louisiana, in 1984, together with cajun and zydeco legends Link Davis Jr. (sax), Michael Doucet (fiddle), and Cleveland Chenier (rub board). He lives in Oslo, Norway, where he collects literature on popular music and guitars and works as an advisor in a communications company he co-founded in 1990.