Southern Man
Music And Mayhem In The American South: A Memoir
Alan Walden with S.E. Feinberg 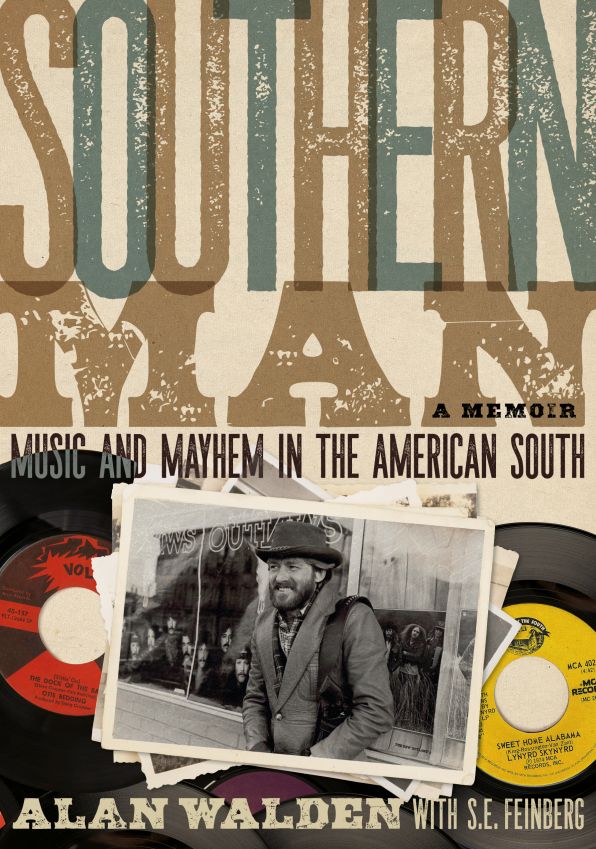 “We brought respect to the African American artist in America. We brought them prestige. When you listen to some of that music today—an Otis Redding record or Percy Sledge or anyone from our shop—you’re not just hearing music but also the sound of iron being hammered and bricks being laid for those—especially African Americans—who are in the business today.”
ALAN WALDEN

“Alan, I got to tell you … you’re one soulful guy … I don’t think I’ve ever met a white guy with more soul than you.”
QUINCY JONES

“Inside this book you will find one of the most important missing pieces of American musical and cultural history. You will hear a personal and intimate witness testimony to the blazing of a musical trail in a segregated South—stories of redemption, of triumph over adversity, of family, friendship, and brotherhood against all odds. Alan Walden himself described it best when he told me, This story is the story of love.”
RUMER

Southern Man is the memoir of a life in music during one of the most racially turbulent times in American history. It presents the voice of Alan Walden—a remarkable, sensitive, humble, and brilliant man; a boy from the country who, serendipitously, along with his brother Phil and best friend Otis Redding, helped to shape a musical renaissance. It is the story of a son of Macon, Georgia, and his passion for R&B and rock ’n’ roll at a time when it took wits and a Southern persistence to overcome the obstacles on the road to success—the tragedy of loss, disappointment, and betrayal, along with the joy of victory, optimism, and hope, and taking a dream right over the mountain. That dream led him to work with and nurture the talents of a virtual who’s who of Southern music, from Sam & Dave and Percy Sledge to Boz Scaggs and Lynyrd Skynyrd.

Anyone who was alive during the golden age of R&B and Southern rock remembers the music, but Alan’s narrative invites the reader to the center of the story, into the studio, and on the road, to backroom deals and backroom brawls. It wasn’t always peaches and cream. The music business is tough, and Alan Walden was one of the toughest kids on the street. He had to be, in order to survive in a world of guitars, guts, and guns. This is rock ’n’ roll noir—the story of a few pioneers who cut the rock and laid the pipe under the hardscrabble terrain so that the water of creativity can more freely flow today.

Alan Walden helped to forge, along with his brother Phil and best friend Otis Redding, the foundation of a musical renaissance that emerged from the American South. As a manager, publisher, promoter, and producer, Alan helped to bring scores of artists into the world’s consciousness—from R&B to Southern rock, from Percy Sledge to Lynyrd Skynyrd. Alan is an inductee into the Georgia Music Hall of Fame and is the recipient of numerous gold and platinum records. He was recently honoured by having a rehearsal room named after him at the newly restored Capricorn Studios. Alan currently resides on his ranch close to his beloved Macon, Georgia, with his wife Tosha, and continues to advise and encourage young people going into the music business.

S.E. Feinberg grew up in Boston and was trained at the American Center for the Performing and Creative Arts, at Boston Center for the Arts, where he began a life of writing, directing, and producing plays. His play The Happy Worker was first produced at Actors Theatre of Louisville, later touring through Eastern Europe. His screenplay of The Happy Worker, executive produced by David Lynch, directed by Duwayne Dunham, and starring Thomas Haden Church and Josh Whitehouse, was completed in 2021. Steve is the co-author of What’s Exactly The Matter With Me?, the memoir of P.F. Sloan, one of the most mysterious and elusive composers in the history of rock ’n’ roll.