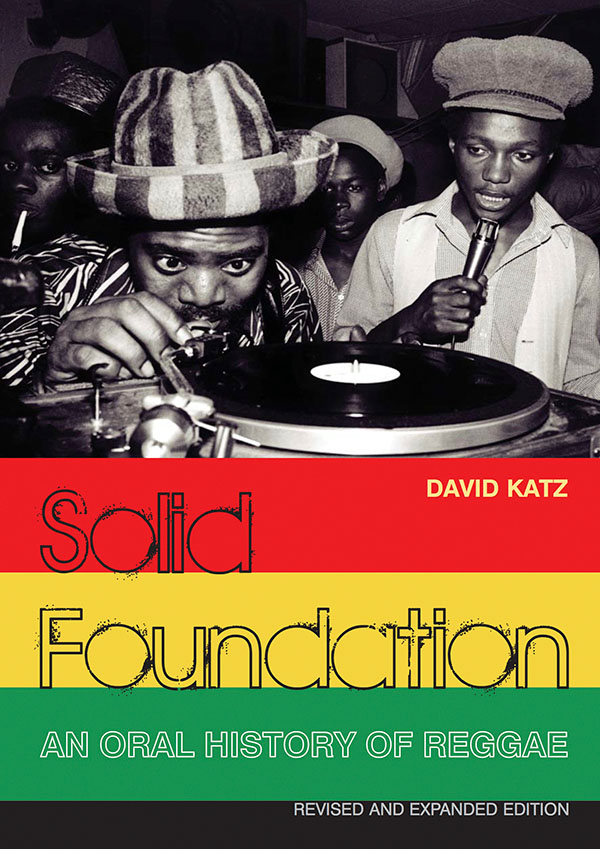 Solid Foundation is the definitive history of reggae, from the earliest Jamaican innovators of the 1940s to the new stars of the 21st century. Drawing on more than 300 firsthand interviews, this landmark book tells the fascinating story of some of the most compelling characters in popular music. It features a diverse range of pioneers, such as The Skatalites, The Wailers, Jimmy Cliff, and Lee ‘Scratch’ Perry, dub legends such as Augustus Pablo, Prince Jammy, and Scientist, as well as dancehall giants like Elephant Man, Beenie Man, and Buju Banton. It details the entire evolution of Jamaican popular music, including ska, rock steady, roots reggae, dub, dancehall, ragga, and more.

First published in 2003, Solid Foundation was widely praised as “a cracking read” and “a necessary work”. This fully revised and updated edition brings the story into the 21st century with new chapters on the key performers of recent times and extensive additions throughout.

Born in San Francisco but long resident in London, David Katz is author of People Funny Boy: The Genius Of Lee ‘Scratch’ Perry and Caribbean Lives: Jimmy Cliff. He also contributed to The Rough Guide To Reggae, A Tapestry Of Jamaica, and Keep On Running: The Story Of Island Records. Over the last 25 years, Katz’s writing and photographs have appeared in many international periodicals and music books, and he has coordinated and annotated over 100 retrospective collections of Jamaican music. He has also co-hosted reggae radio programmes on three continents, released original records in the UK and France, and contributed to various radio and television documentaries and feature films, while his Dub Me Always DJ nights are a regular feature of London’s musical nightlife.