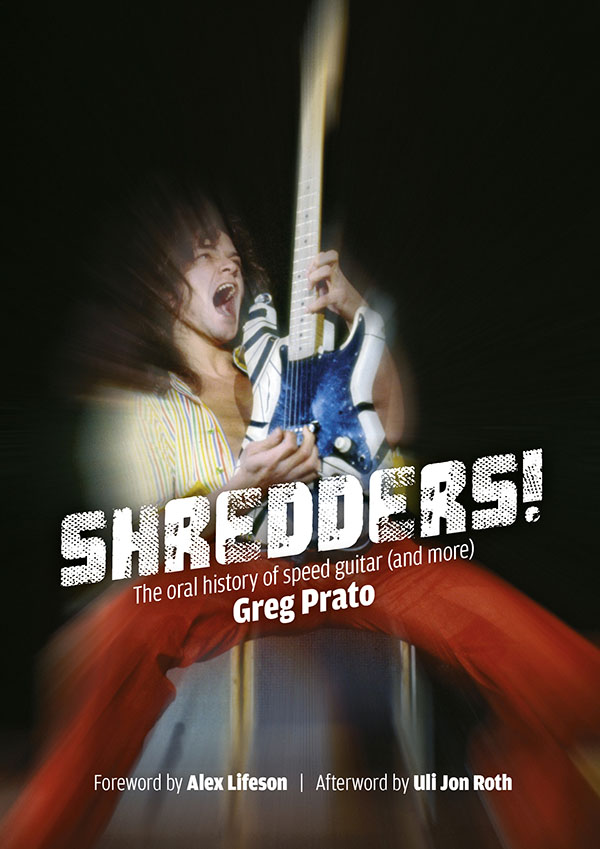 ‘What I would do is, I would get up, I would play guitar, I would take a food break—which was breakfast—and then I would play guitar again, play until the afternoon, take a short break, run some errands, maybe grab a snack, come back, and play some more.’ Kirk Hammett

‘I just said, I’m not going to be that longhaired guitar player plugging into a set of Marshalls anymore. I’m just leaving that behind. I’m going to do something different and artistic.’
Joe Satriani

‘After I had heard Edward and Yngwie, I realized that you could create tone where the notes are really clear.’ Steve Vai

“How fast can you play?”
“What guitar do you have?”
“Who is better, Van Halen or Steve Vai?”

For metal fans in the 80s, these were common and important questions. Tune in to MTV, pick up a magazine, or walk into an instrument store, and more often than not you’d be exposed to
what is now known as shredding—the fast, virtuoso soloing popularized by musicians like Vai and Van Halen, Joe Satriani and Yngwie Malmsteen, Randy Rhoads and Dimebag Darrell.

Inspired by these pioneering guitarists, thousands of young musicians would spend hours at home in their bedrooms, perfecting both their playing and their poses.

Though shredding fell out of favor during the grunge/alternative rock era, it has become increasingly popular again in recent years, spurred by the rise in popularity of bands like Children Of Bodom, DragonForce, and Trivium.

Drawing on more than seventy exclusive interviews with key shredders past and present, author and guitarist Greg Prato has assembled the definitive guide to the fastest players of them all.

About the author
Greg Prato is a New York–based writer and author whose books include Grunge Is Dead: The Oral History Of Seattle Rock Music, Survival Of The Fittest: Heavy Metal In The 1990s, and Touched By Magic: The Tommy Bolin Story. His writing has also appeared in publications including Vintage Guitar, Classic Rock, and Rolling Stone.