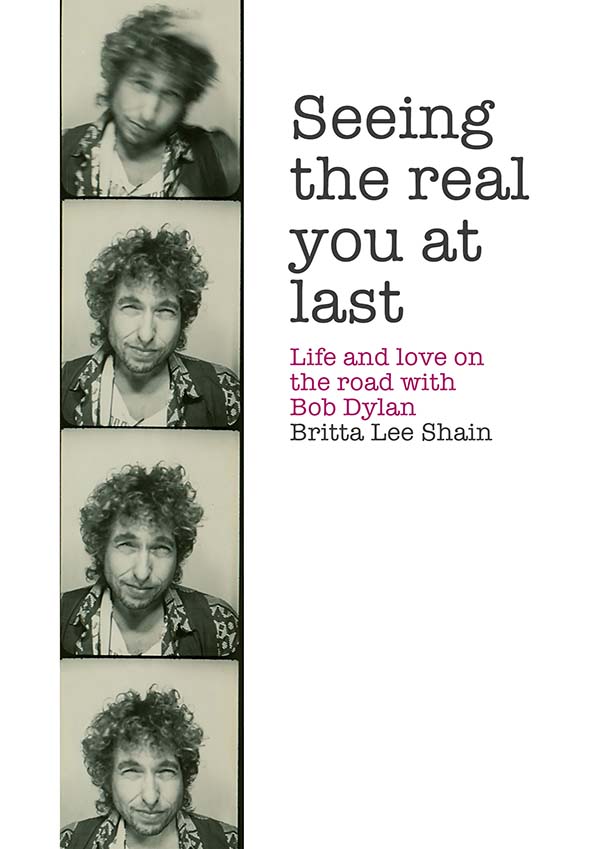 ‘I’ve never seen a Bob Dylan smile, except in photos or on the stage. Not the real thing.’

Britta Lee Shain was a friend of Bob Dylan’s until he asked her to join him on the road in the mid 1980s, at which point she became more than a friend. In this intimate and elliptical memoir of their time together, at home in Los Angeles and on tour with Tom Petty and the Grateful Dead, she offers a unique portrait of the romantic, earthbound, and poetic soul trapped in the role of Being Bob Dylan.

‘If you were my woman, I’d be worth four times as much.’

Entire libraries of books have been written about Dylan, but few—if any—offer any lasting insight into the man behind the shades. Until now. Written with the elegance of a poet and storytelling snap of a novelist, Seeing The Real You At Last is a poignant and tender romance that reveals Dylan’s playfulness, his dark wit, his fears and struggles, his complex relationships with the men and women in his life, and, ultimately, his genius.

Britta Lee Shain is a songwriter and novelist. A graduate of UC Berkeley, she has a master’s degree from UCLA. She studied creative writing for seven years with Pen Center USA Lifetime Achievement Award recipient John Rechy, while her original songs have been played on the radio across the United States and around the world. She currently resides in the Anza-Borrego Desert and the Sequoia National Park.