Seeing Sideways
A Memoir of Music and Motherhood
Kristin Hersh 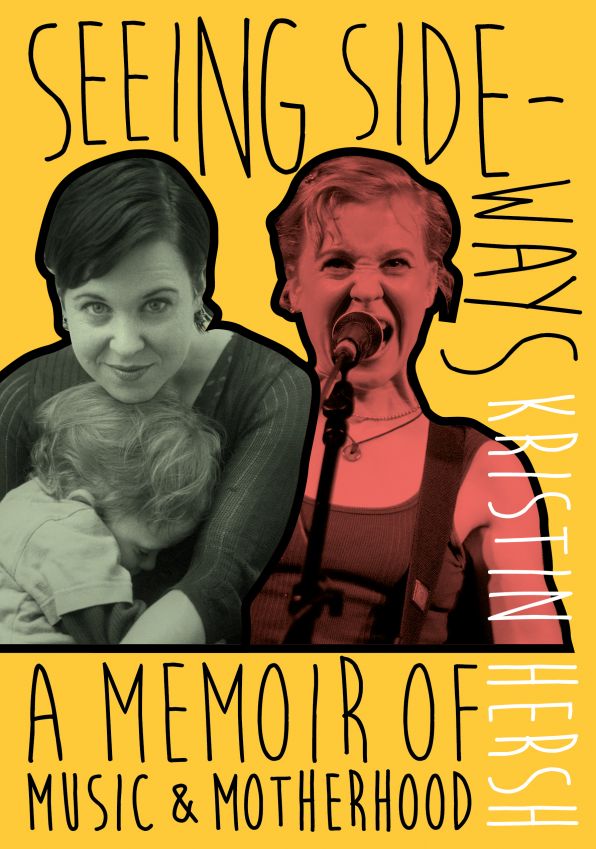 For the US edition of this book, please visit the University of Texas Press

Doony, Ryder, Wyatt, Bodhi. The names of Kristin Hersh’s sons are the only ones included in her new memoir, Seeing Sideways. As the book unfolds and her sons’ voices rise from its pages, it be- comes clear why: these names tell the story of her life.

This story begins in 1990, when Hersh is the leader of the in- die rock group Throwing Muses, touring steadily, and the mother of a young son, Doony. The chapters that follow reveal a woman and mother whose life and career grow and change with each of her sons: the story of a custody battle for Doony and the resulting PTSD is told alongside that of Hersh’s struggles with her record company; the tale of breaking free from her record label stands in counterpoint to her recounting of her pregnancy with Ryder; a period of silence in a life of noise coincides with the development of Wyatt as an artist and the family’s loss of their home; and finally, soon after Bodhi’s arrival, Hersh and her boys face crises from which only strange angels can save them.

Punctuated with her Hersh’s song lyrics and illustrated with photographs from her archives, Seeing Sideways is a memoir about a life strange enough to be fiction, but so raw and moving that it can only be real.

Kristin Hersh is a solo artist and founding member of the bands Throwing Muses and 50 Foot Wave. She is the author of Don’t Suck, Don’t Die: Giving Up Vic Chesnutt, and Rat Girl, which was named one of the ten best rock memoirs ever written by Rolling Stone.