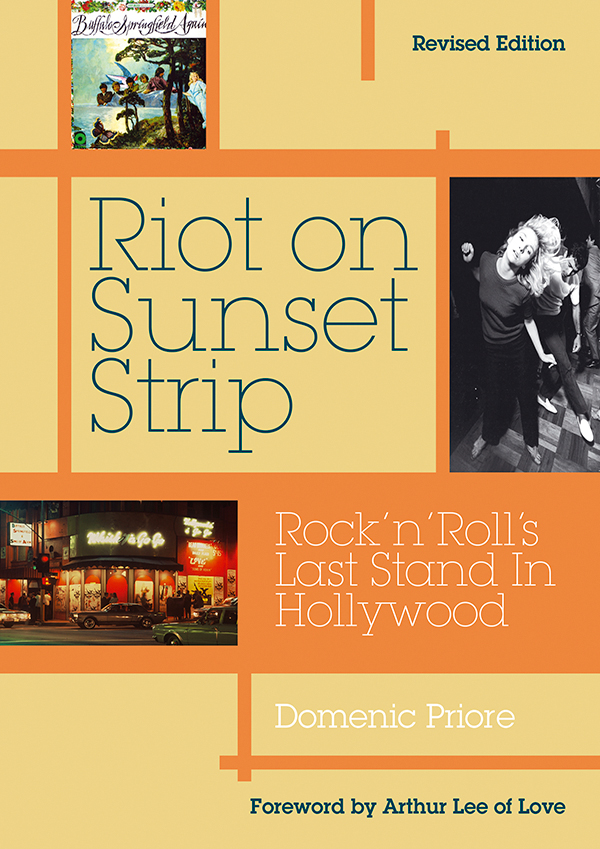 “The Byrds were happenin’. Bob Dylan was happenin’. And it was the most beautiful time in my life …”
Arthur Lee, Love

“If you’ve ever seen American Graffiti, the Strip used to be like that …”
Stephen Stills, Buffalo Springfield

On the Sunset Strip in Los Angeles, an electrifying scene appeared out of nowhere, exploded into creativity, and then, just as suddenly, vanished. Riot on Sunset Strip captures the excitement of this great artistic awakening and serves as a startling evocation of the social and artistic revolution that was the 60s.

From the moment The Byrds debuted at Ciro’s on March 26th 1965—with Bob Dylan joining them on stage—right up to the demonstrations of November 1966, Sunset Strip nightclubs nurtured and broke The Doors, Love, Buffalo Springfield (featuring Neil Young and Stephen Stills), Frank Zappa’s Mothers Of Invention, Captain Beefheart & His Magic Band, The Turtles, The Mamas & The Papas, The Standells, The Electric Prunes, and so many more.

With a foreword by Arthur Lee, period maps by Shag, and a brand new epilogue, this book tells the story of the astonishing time when rock’n’roll displaced movies at the center of the action in Hollywood.

Domenic Priore is a writer and television producer specialising in pop culture and music. His books include Beatsville (with Martin McIntosh) and Smile: The Story Of Brian Wilson’s Lost Masterpiece. He also wrote liner notes for the recent boxed-set releases of Penelope Spheeris’s documentary trilogy The Decline Of Western Civilization and The Beach Boys’ SMiLE. 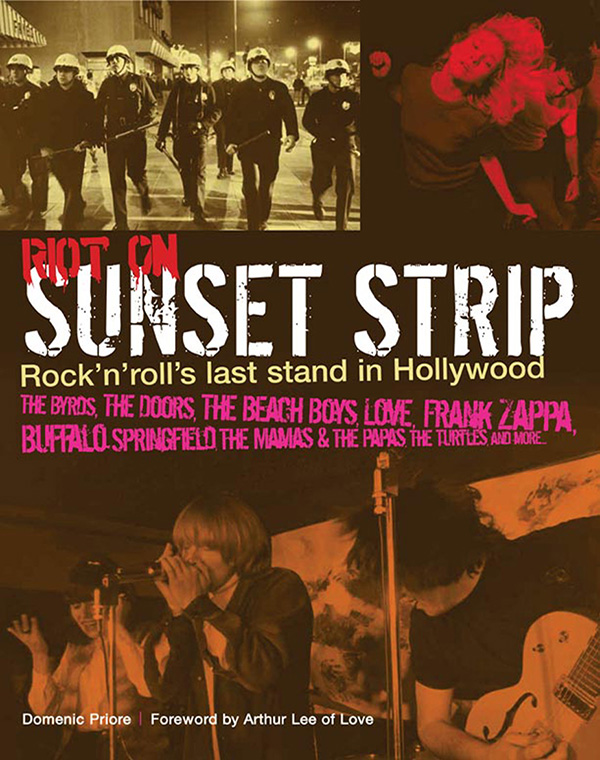 “A compelling exploration of the historical, political, racial, and cultural contexts affecting the Strip, and LA itself, as far back as the 1920s.”—Los Angeles City Beat