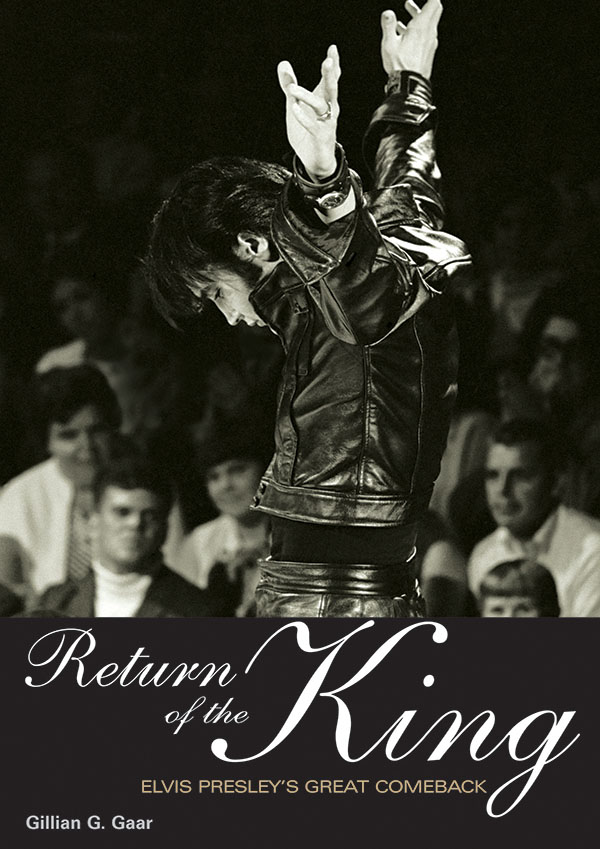 Return Of The King tells the story of a tumultuous period in the life of Elvis Presley. By 1967, The King Of Rock’n’Roll was all but washed-up, thanks to a string of bland movie roles and lackluster records. But within a year he had roused himself, loosened the creative shackles imposed by his grasping manager, ‘Colonel’ Tom Parker, and reconnected with the rock audience through a riveting TV special. There followed a glorious but all too brief artistic flowering, in which he made some of his most enduring records, including ‘Suspicious Minds’ and ‘In The Ghetto.’ This meticulously researched and elegantly written book, based on a string of new interviews with colleagues, friends, fans, and observers of The King, sheds new light on the events of Elvis’s great comeback.

Gillian G. Gaar is the author of She’s A Rebel: The History Of Women In Rock & Roll; Green Day: Rebels With A Cause; Nirvana: In Utero; and The Rough Guide To Nirvana. Her work has appeared in numerous anthologies, including Trouble Girls: The Rolling Stone Book Of Women In Rock; Goldmine: The Beatles Digest; and The Nirvana Companion. She has also written for Mojo, Rolling Stone, Goldmine (where she wrote the column “All Things Elvis”), and the Experience Music Project museum, among others, and served as a project consultant on Nirvana’s With The Lights Out boxed set. She lives in Seattle.