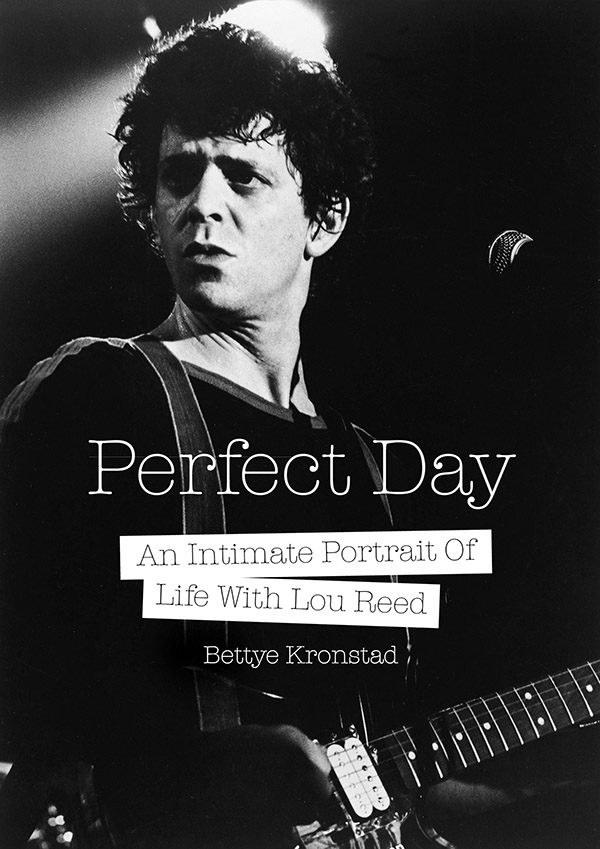 Bettye Kronstad met Lou Reed in 1968 as a nineteen-year-old Columbia University student; they were married, briefly, in 1973. Their relationship spanned some of the most pivotal years of his life and career, from the demise of The Velvet Underground to the writing and recording of his seminal solo masterpieces Transformer, for which Lou wrote ‘Perfect Day’ about an afternoon they spent together in the park, and Berlin, which draws on tales from Bettye’s childhood.

In Perfect Day, Bettye looks back on their initially idyllic life together on the Upper East Side; Lou’s struggle to launch a solo career after leaving perhaps the most influential rock band of all time; his work and friendships with fellow stars David Bowie and Iggy Pop; and his descent into drink and drug abuse following the success of Transformer, which sent him spinning out from gentle soul to rock’n’roll animal and brought a swift and calamitous end to their relationship. The result is a powerful and poignant meditation on love, loss, writing, and music.

Bettye Kronstad is a teacher, freelance writer/editor, and theater professional. She obtained her bachelor’s degree in theater at SUNY Purchase/Empire State, and attended the Neighborhood Playhouse School of the Theatre, studying with Sanford Meisner, and Bill Esper of William Esper Studios in New York City. She attended Iona College for her master’s degree in English education and Union Theological Seminary at Columbia University for a master of divinity in education. For over twenty years she has taught English and theater in inner-city public high schools in the Bronx and Harlem, New York; Minneapolis, Minnesota; New Mexico; and Texas; she has also taught college composition, literature, and speech in these areas. Recently, she moved to the Blue Ridge Mountains of Virginia with her beloved cocker spaniel, Elroy. She has two daughters and three grandsons, the loves of her life.