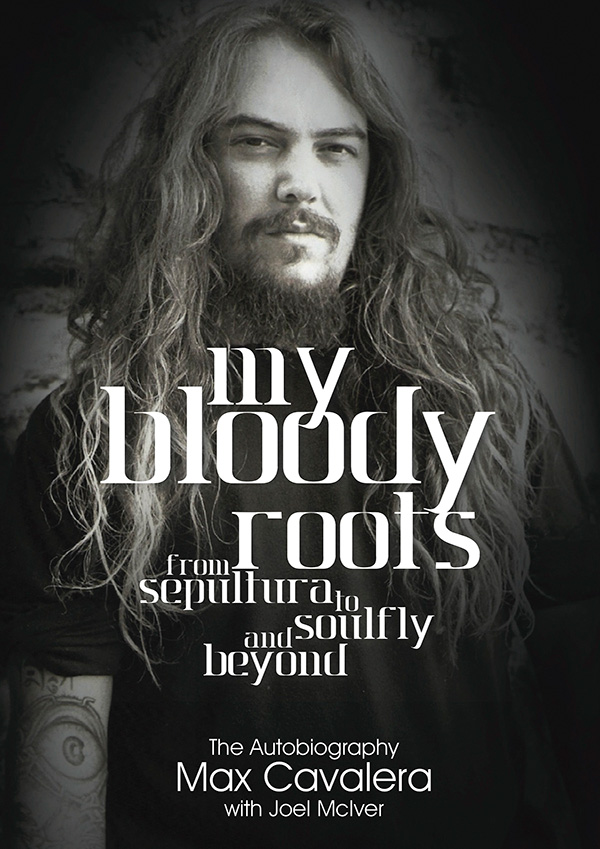 My Bloody Roots is the brutally honest story of life in two of the world’s best-known heavy metal bands, Sepultura and Soulfly, by one of the global metal scene’s most respected musicians.

Much, much more than just another tale of rock’n’roll debauchery, it’s a story of heartbreak and loss—and, ultimately, triumph. In it, Cavalera offers an unflinching account of life growing up in hardship in Brazil—a country not previously known for heavy metal—and the multi-million-selling success, against all odds, of the band he founded with his brother, Iggor: Sepultura.

Then, for the first time, he reveals the full story behind his split with the band—after which he did not speak to his brother for years—and the formation of his Soulfly, one of the most critically and commercially successful metal bands of the past two decades. He also goes into unflinching detail on the devastating impact of the deaths of his father, stepson, and grandson; his struggles with drugs and alcohol; and his eventual reunion with Iggor in  Cavalera Conspiracy.

Max Cavalera has a unique and extraordinary story to tell, and My Bloody Roots is an autobiography like no other. This is essential reading for all fans of metal.

Max Cavalera has been a professional musician since 1984 and has toured the world many times. He was a founder member of the award-winning Brazilian thrash metal band Sepultura before forming Soulfly, an immensely successful group who continue to play headline slots at the world’s largest festivals and released their ninth studio album, Savages, in 2013. He also plays in Cavalera Conspiracy, the band he formed with his brother Iggor in 2006.

Joel McIver is a leading authority on metal and the bestselling author of more than 20 books on acts including Metallica, Slayer, and Black Sabbath. He also co-wrote the autobiography of sometime Deep Purple/Black Sabbath alumnus Glenn Hughes (Jawbone, 2011). Since 1996, his writing has appeared in magazines and newspapers such as Rolling Stone, Classic Rock, Metal Hammer, and Total Guitar.