My Bloody Roots
From Sepultura To Soulfly And Beyond: The Autobiography
Revised And Updated Edition
Max Cavalera with Joel McIver 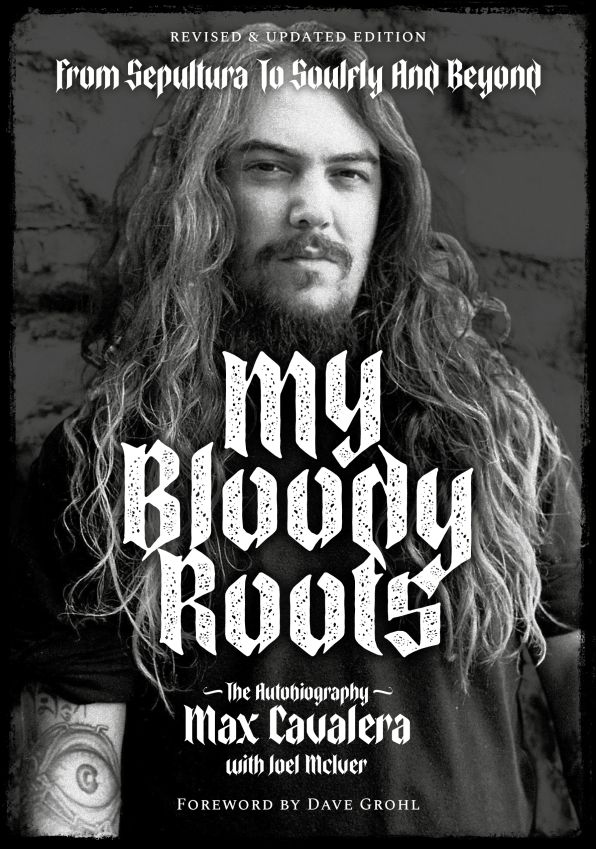 ‘Max Cavalera is a legend. He’s never sold out, he’s always kept it real—and he’ll always be able to say, I made Roots.’
Dave Grohl

‘When you meet a fan on the street and they tell you that your music means something to them, that is an honor that nothing else can surpass. I hear it a lot, and it’s so good to hear. It’s worth all the trouble and struggle of bands splitting and being rebuilt, and it’s what I live for.’
Max Cavalera

Max Cavalera has an extraordinary story to tell, and My Bloody Roots is an autobiography like no other. Much more than just another tale of rock’n’roll debauchery, it’s a story of heartbreak and loss—and, ultimately, triumph. In it, Cavalera offers an unflinching account of life growing up in hardship in Brazil—a country not previously known for heavy metal—and the multi-million- selling success, against all odds, of the band he founded with his brother, Iggor: Sepultura.

Then, for the first time, he reveals the full story behind his split with the band—after which he did not speak to his brother for years—and the formation of his Soulfly, one of the most critically and commercially successful metal bands of recent decades. He also goes into unflinching detail on the devastating impact of the deaths of his father, stepson, and grandson; his struggles with drugs and alcohol; his eventual reunion with Iggor in Cavalera Conspiracy; and more.

This revised and updated edition continues to trace Max’s career to the present day, covering the formation of his new band Go Ahead And Die as well as the supergroup Killer Be Killed. It also includes a foreword by Dave Grohl and a brand new afterword by Randy Blythe, making it truly essential reading for all fans of metal.

Max Cavalera has been a professional musician since 1984 and has toured the world many times. He was a founder member of the metal band Sepultura, before forming Soulfly, who released their eleventh studio album, Ritual, in 2018, and whose drummer is his son Zyon. He also plays in Cavalera Conspiracy with his brother Iggor, Go Ahead And Die with his son Igor, and in the supergroup Killer Be Killed.

Joel McIver is the author of thirty-four books and writes for several publications as a journalist. He is also the editor of Bass Player magazine.