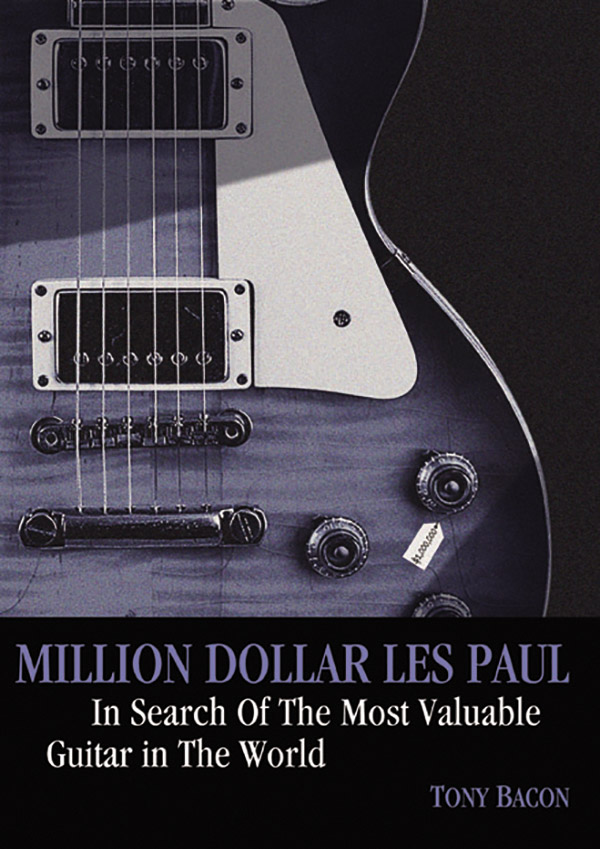 In 1958 Gibson introduced an electric guitar called the Les Paul Standard, a solidbody electric with mahogany body, two pickups, and a three-colour sunburst maple top, priced at $280. About 1,500 were made before production ceased in 1960 of what was — at the time — a not-particularly-successful model. But when guitar heroes such as Eric Clapton and Jimmy Page began to play examples in the 1960s, the legend of the ‘burst’ began. The guitars became among the most desirable ever made, and to buy one now you’d be looking at paying what it would cost to purchase and furnish a decent sized family home, and put a car in the garage.

So how did that happen? Who are the musicians who play these hallowed instruments and who are the collectors who’ll pay hundreds of thousands for them? And is there actually a $1 million dollar Les Paul? Through a series of interviews with players, collectors, guitar-makers, dealers, and others, leading guitar historian Tony Bacon mulled over these questions, and, in Million Dollar Les Paul, he offers some answers. It is a unique book, combining investigative journalism, music history, and a dash of guitar geekery in an almost mystical quest to penetrate the secrets of a hidden world —a world where science and superstition meet, and where the dusty case under the bed just might turn out to hold the guitar equivalent of the Holy Grail.

Tony Bacon is one of the world’s best-selling authors of books on guitars and guitar players. His many titles include The Ultimate Guitar Book and Electric Guitars: The Illustrated Encyclopedia.