Lydia Lunch: The War Is Never Over
A Companion to the Film by Beth B
Nick Soulsby 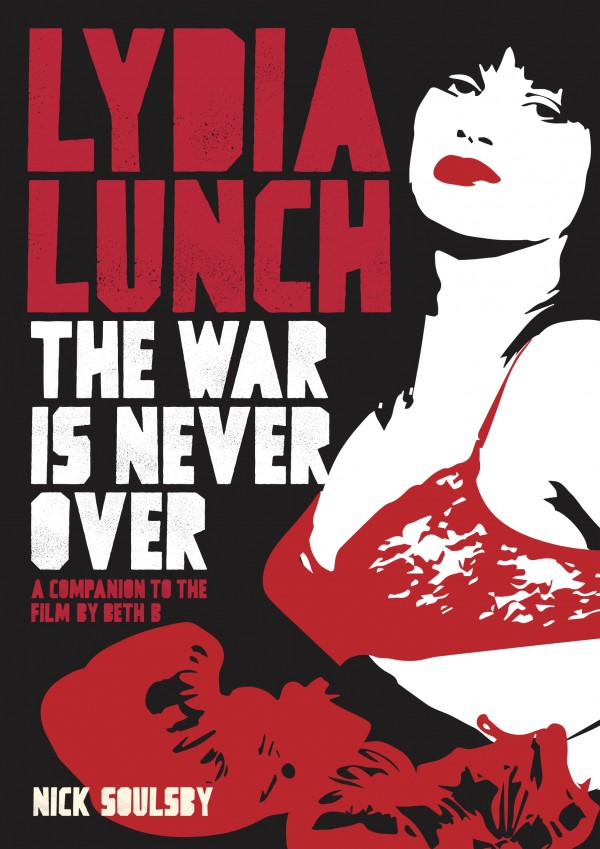 I’m never against the individual, I’m against systems that oppress individuals. I’m defending the shy boys against the bullies. I deal with very negative things in an aggressive way because I’m using the language of the enemy, but at the end of my dark tunnel is light forever.
—Lydia Lunch

All of the themes that I’ve been unravelling these forty years: abuse, the cycle of violence in our culture, sexuality, giving voice to the unheard, knocking down the patriarchy, dominance, submission, trauma, recovery … it’s all here.
—Beth B

Lydia’s greatest work of art is herself. She had this aggressiveness and power, like no other women or artists around at the time, and here we are all these years later and she’s exactly the same.
—Bob Bert

Before #MeToo, before Riot Grrl, there was Lydia Lunch. A central figure in the no-wave scene of the 70s—as founder of the seminal Teenage Jesus & The Jerks—Lunch has spent the decades since turning the substance of her life into unapologetic, stark, and beautiful art.

An accompaniment  to Beth B’s documentary of the same name, this book is the first comprehensive overview of Lunch’s creative campaign of resistance, a celebration of pleasure as the ultimate act of rebellion. Across these pages, Lunch and her numerous collaborators—including Thurston Moore, Jim Sclavunos, Kid Congo Powers, Bob Bert, and Richard Kern—recount life at the frontline of the musical extremes of the 70s and 80s underground, the wild times, the disciplined productivity, life lived as a defender of the voiceless, and an unapologetic force of righteous fury. The book also includes dozens of photographs from across Lunch’s career, many of them rarely seen.

For more information about Beth B’s documentary Lydia Lunch: The War Is Never Over, visit www.lydialunchmovie.com.

Nick Soulsby is the author of Swans: Sacrifice And Transcendence (2018), Thurston Moore: We Sing A New Language (2017), Cobain On Cobain: Interviews & Encounters (2016), I Found My Friends: The Oral History Of Nirvana (2015), and Dark Slivers: Seeing Nirvana In The Shards Of Incesticide (2012). In 2014 he curated the compilation No Seattle: Forgotten Sounds Of The North West Grunge Era 1986–1997 with Soul Jazz Records, and he also wrote the oral history of the band Fire Ants for the reissue of their 1993 EP Stripped.