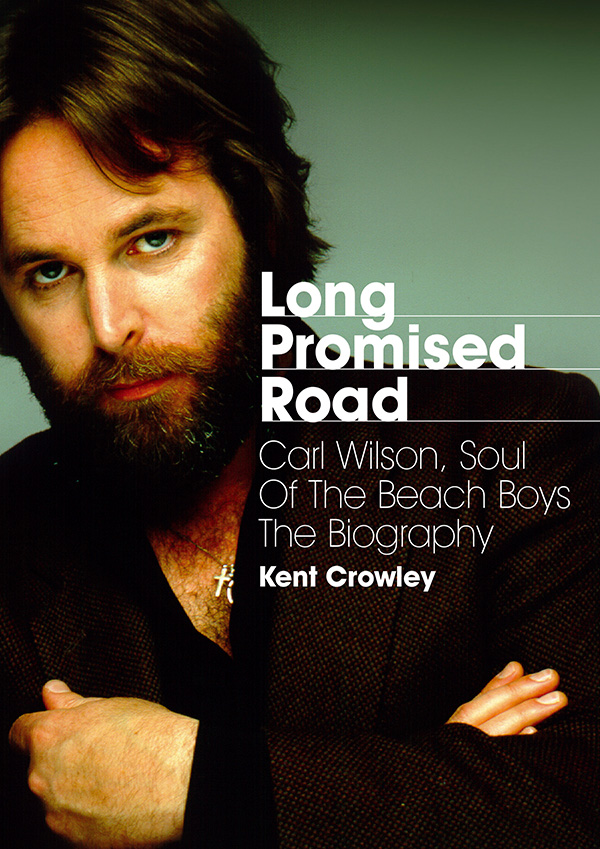 Long Promised Road: Carl Wilson, Soul Of The Beach Boys tells the story of the youngest of the three Wilson brothers, a consummate musician and singer and a natural peacemaker.

Robbed of a normal childhood by international stardom, Carl marked out his own territory by his devotion to the guitar, rock’n’roll, and rhythm & blues. His electric lead lines ensured the fledgling vocal group were able to ride the surf music wave—before redefining it altogether.

Later, he would sing lead on two of the most admired songs in rock history, ‘God Only Knows’ and ‘Good Vibrations.’ Then, as Brian succumbed to mental illness and Dennis pursued the path of self-destruction, Carl kept the fractious Beach Boys show on the road—literally— while increasingly taking the reins in the studio. He would create a series of underrated albums, including two under his own name, and some wonderfully soulful songs.

And all the while, Carl was the supreme family man, sheltering Dennis from the wrath of Charles Manson
and prising Brian from the clutches of Dr Eugene Landy. Fighting against conscription into the Vietnam War, then battling his own problems with drink, drugs, and marital breakdown, he achieved peace, only to be diagnosed with a terminal illness.

In this wide-ranging and thoughtful book, Kent Crowley explores the life and career of the overlooked hero of the Beach Boys story. Drawing on new interviews with friends and colleagues, it provides a unique slant on one of rock’s most enduring family sagas.

Kent Crowley is a writer, musician, and third-generation Southern Californian. The author of Surf Beat! Rock & Roll’s Forgotten Revolution, he has written for newspapers and magazines, including the Los Angeles Times and Vintage Guitar, and worked on books and documentaries on West Coast history, culture, and politics.