Lennon & McCartney: Together Alone
A CRITICAL DISCOGRAPHY OF THE SOLO WORK
JOHN BLANEY 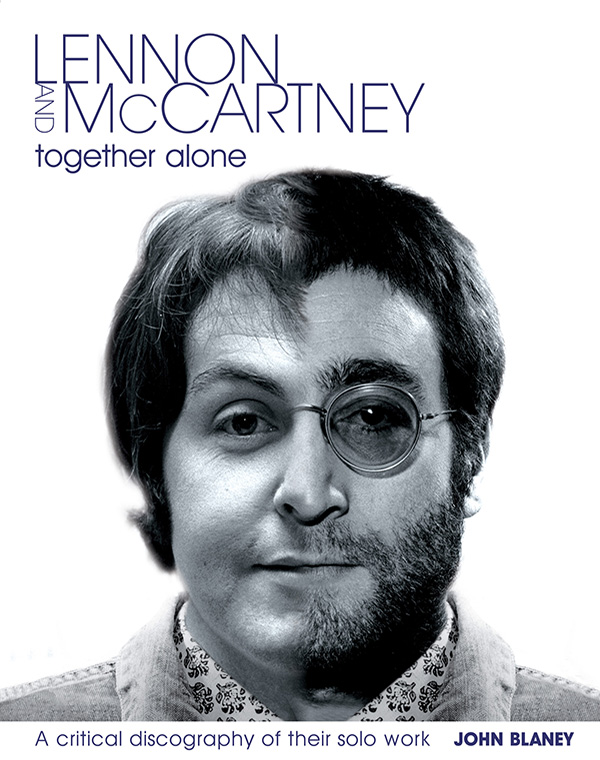 This is the definitive book on the solo recordings of John Lennon and Paul McCartney, two of popular music’s greatest writers and performers. The story is told chronologically, starting with their first work outside The Beatles: McCartney’s soundtrack for The Family Way film and Lennon’s Unfinished Music No.1: Two Virgins with Yoko Ono. The book details Lennon and McCartney’s creative highs and lows in an authoritative, complete, and engagingly critical fashion.

Information for collectors includes release dates, catalogue numbers, composer credits, recording personnel, recording studio, and producer credits, and there is a keyed index to help trace each song and the albums it appears on. Blaney’s perceptive style makes this a fascinating read as well as a work of reference, and the book includes illuminating archive quotes from Lennon, McCartney, and others. Together Alone tells the stories behind the songs of two giants of modern music.

John Blaney is a passionate fan of The Beatles who brings to his writing the expertise and rigor of a professional historian. Born in Devon, England, he trained as a graphic designer before starting a career in music retail. He subsequently studied History of Art at Camberwell College of Arts and Goldsmith College (both in London) before taking up his present post as curator of a museum of technology. He is the author and publisher of previous books on both Paul McCartney and John Lennon.