Lee, Myself & I
INSIDE THE VERY SPECIAL WORLD OF LEE HAZLEWOOD
WYNDHAM WALLACE 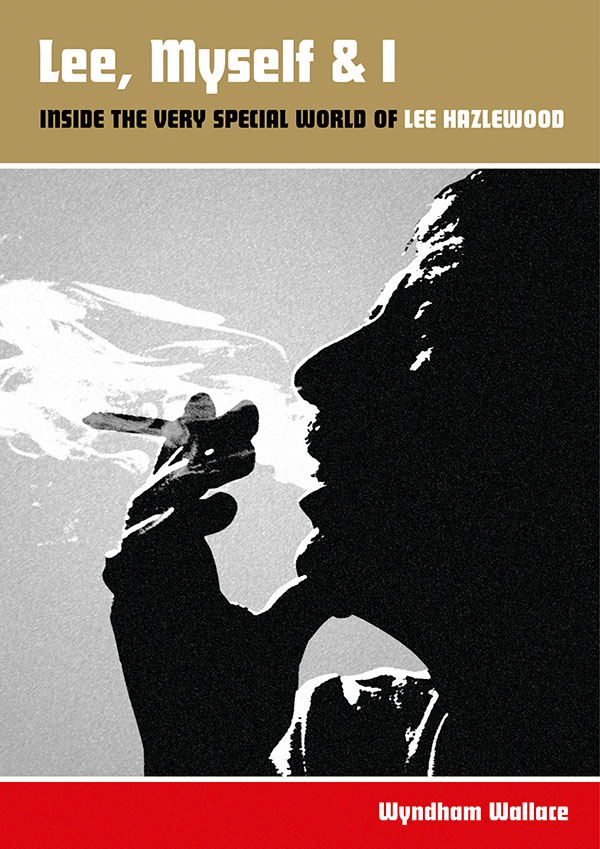 ‘If I had a name like Wyndham Wallace I would not associate or correspond with anyone with a simple name like mine. However, since you have lowered yourself to such depths, how can my old Indian heart (west not east) not respond favourably.’  Lee Hazlewood

In 1999, after years in the wilderness, Lee Hazlewood—the legendary but often neglected singer and songwriter best known for ‘These Boots Are Made For Walkin’’, the chart-topping hit he wrote and produced for Nancy Sinatra—launched a comeback that would last until his death in 2007. Lee, Myself & I offers an intimate portrait of how, during that time, Wyndham Wallace became Hazlewood’s confidante, manager, and even collaborator.

A lively and poignant account of their unlikely friendship, adventures, and conversations, Wallace’s unusual memoir tells the touching but true story of what it’s like to meet your hero, befriend him, and watch him die. Along the way, he captures the complex personality of a reclusive icon whose work helped shape the American pop-cultural landscape and continues to influence countless artists today.

Before Wyndham Wallace became a writer for the likes of Uncut, Classic Pop, and The Quietus, he worked as an independent music publicist and then ran City Slang Records’ UK office for eight years. He moved to Berlin in 2004, where he set up another short-lived label, and at the same time continued managing Lee Hazlewood up to the release of his final album, Cake Or Death. Lee, Myself & I is his first book. For more information, visit www.wyndhamwallace.com

‘Lee Hazlewood was a complicated man. He had wit, charm, talent, and a temper. Wyndham Wallace’s vivid, poignant book, a biography wrapped in a memoir, brings him roaring back to life.’ Dorian Lynskey

‘A sweet book about hero worship and friendship, written with love by someone who was there. A must read for all fans of Lee Hazlewood.’ Bobby Gillespie