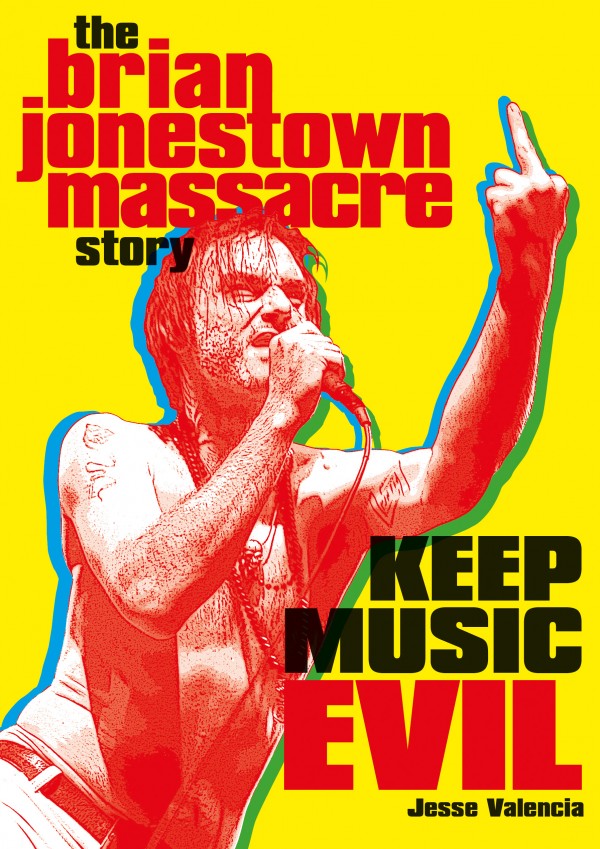 Compiled from over one hundred interviews and years of in-depth research, KEEP MUSIC EVIL tells the full, unexpurgated tale of the infamous psych-rockers The Brian Jonestown Massacre.

‘They didn’t know what to do with us. Anton was drinking, like, a gallon of vodka a day, and he wouldn’t go to sleep … he was just pumped on adrenaline, and we were going, How are we going to get through this?’ Frankie Emerson

‘We were all young, and it wasn’t just being high or anything—it was ego and aloofness.’ Jeff Davies

‘It’s hard to remember the timeline, ’cause in those days there was no time.’ Joel Gion

Fifteen years after Ondi Timoner’s film Dig! shot The Brian Jonestown Massacre to international fame comes the first-ever book on the controversial band and their leader, Anton Newcombe, who together have been at the forefront of the resurgence of psychedelic rock in recent decades—and become one of the most infamous and controversial bands around in the process.

Drawing on years of extensive research and personal interviews with more than 125 people connected to the band—including former and current members Joel Gion, Matt Hollywood, Jeff Davies, Rick Maymi, and Frankie Emerson, as well as The Dandy Warhols, Miranda Lee Richards, Dave Deresinski, and Ondi Timoner—Keep Music Evil: The Brian Jonestown Massacre Story digs a little deeper into the history of the band and the making of the film.

Presented as a personal narrative that evokes the New Journalism of Tom Wolfe and Hunter S. Thompson, Keep Music Evil sets the record straight once and for all, providing close insights into the band’s origins in early 1990s San Francisco, their record-making process, and the full, unexpurgated tale of Dig!and its impact. Featuring rare, candid photographs of the band from throughout their career, this is the first comprehensive study of one of rock’n’roll’s most enduring sagas.

Jesse Valencia is an actor, musician, writer, and filmmaker from Northern Arizona whose writing has appeared in Phoenix New Times, Flagstaff Live!, and The Big Smoke. He first appeared onscreen opposite Tom Sizemore in the indie crime drama Durant’s Never Closes, and is currently studying screenwriting at the David Lynch Graduate School for Cinematic Arts at the Maharishi University of Management. He has released multiple records with his band, Gorky, including The Gork … And How To Get It!, More Electric Music, and Mathemagician. He holds an MFA in Creative Writing and an MA in Literature from Northern Arizona University, is a veteran of the US Army, and is currently at work on his first feature film. For more about Jesse, visit www.GorkyTheBand.com