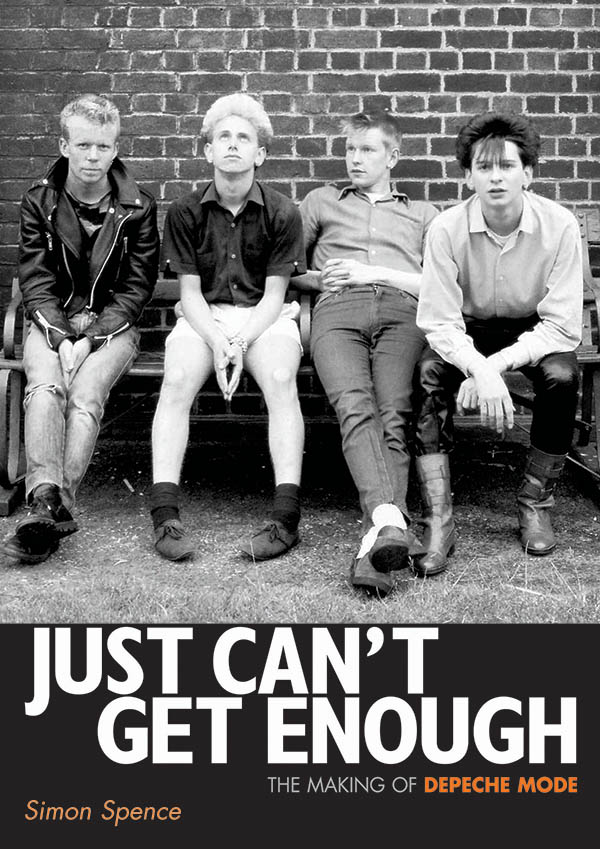 In the words of singer Dave Gahan, Depeche Mode were “a new sort of band from a new sort of town”: Basildon, a radical post-war experiment in design and living; a city of the future that serves as a mirror for Depeche Mode’s stark, electronic ultra-pop.

Drawing on a wealth of new interviews with friends and lovers, club runners and church elders, pluggers and producers, early band-mates and key industry executives—including fellow Basildonian Alison Moyet and industrial pioneer Genesis P. Orridge—author Simon Spence brings a fresh perspective to the lives of Dave, Martin, Vince, and Fletch, the place they grew up in, and their place in the rock’n’roll firmament.

Part musical odyssey, part cultural history, Just Can’t Get Enough traces the story of Depeche Mode from front rooms and school halls to London fetish clubs and legendary Berlin studios; from the Basildon Arts Centre to Top Of The Pops; and from their earliest recordings to Black Celebration and the cusp of transatlantic superstardom.

Simon Spence collaborated with Rolling Stones manager Andrew Loog Oldham on the acclaimed memoirs Stoned (Vintage 2001) and 2Stoned (Vintage 2003), and then wrote his own book about Oldham’s legendary Immediate Records (Black Dog 2008). As a journalist, Simon has written features on popular culture for many publications, including the NME, The Face, i-D, Dazed & Confused, the Independent, the Japan Times, and the International Herald Tribune. He lives in Manchester with his wife and three children.