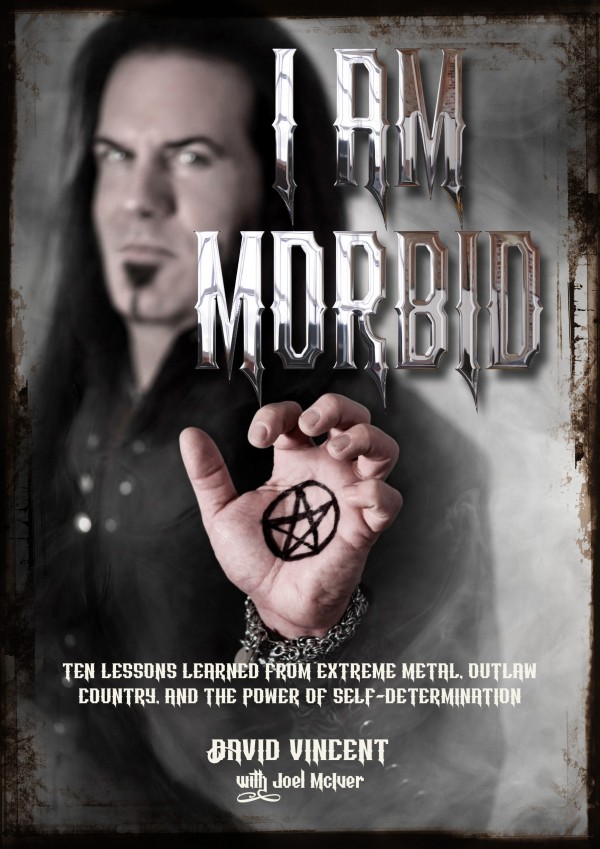 I AM MORBID
Ten Lessons Learned From Extreme Metal, Outlaw Country, And The Power Of Self-Determination
David Vincent with Joel McIver

I didn’t want to write a conventional autobiography. You know the kind of book I mean, where a rock musician gets famous, falls from grace (ha!), and then recovers after some kind of redemption. I’ve been through some of that stuff, but I like to think there’s more to my years on the planet than the old familiar tale. Many of those stories seem to be about drugs, addiction, rehab, and relapse, but that was never my issue. My challenges weren’t any less challenging than anyone else’s; they just manifested themselves in different ways. This book is about what I’ve learned, which is a lot, but never enough …

I AM MORBID tells the astounding story of David Vincent, frontman of the pioneering extreme metal group Morbid Angel. Written with the bestselling author Joel McIver, and with a foreword by Rosetta space mission project scientist Dr. Matt Taylor, it’s an autobiography that transcends the heavy metal category by its very nature. Much more than a mere memoir, it’s an instruction manual for life at the sharp end; a gathering of wisdom distilled into ten acute lessons for anyone interested in furthering their fortunes in life.

I AM MORBID is published in paperback and ebook formats in February 2020. It will also be available in a deluxe hardcover collector’s edition, strictly limited to 100 copies—full details to follow.

Ahead of the book’s publication, David will be touring across Europe with VLTIMAS throughout January and February 2020. Full details at www.facebook.com/VLTIMAS/events.