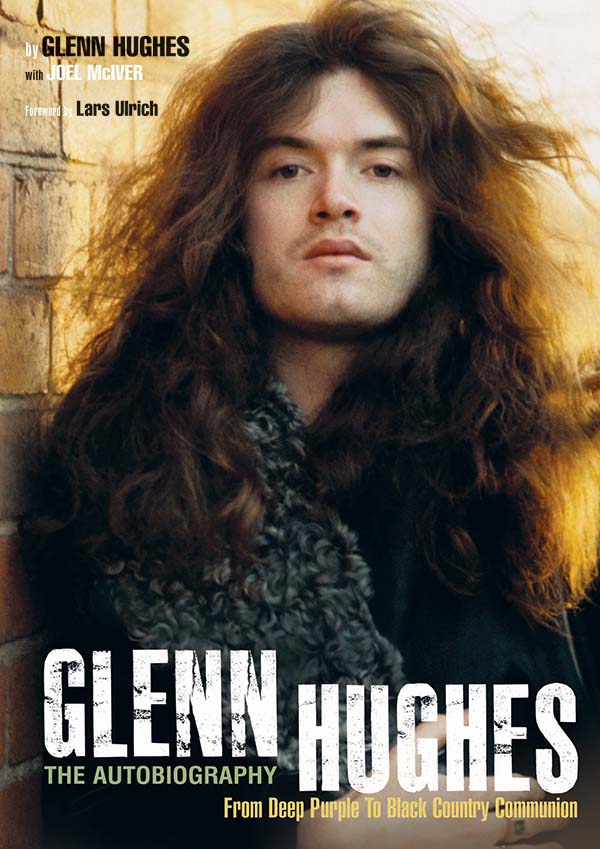 Singer, bassist, and songwriter Glenn Hughes is a living, breathing embodiment of British rock, and his is a compelling story. Starting out in the 60s with beat combo Finders Keepers, he formed acclaimed funk-rock band Trapeze, then joined Deep Purple at their commercial peak. Flying around the world in the band’s own jet, Hughes enthusiastically embraced the rock’n’roll lifestyle. He played on three Purple albums, including the classic Burn.

When Deep Purple split up in 1976, Hughes embarked on a series of solo albums, collaborations, and even a brief, chaotic spell fronting Black Sabbath. Along the way he battled crack addiction and cocaine psychosis, before surviving a clean-up-or-die crisis and recovering to rebuild his solo career.

Hughes recounts his adventures and misadventures with honesty and humour, bringing us up to date with the formation of rock supergroup Black Country Communion.

Glenn Hughes is a true original whose music blends hard rock, soul, and funk. Once described by Stevie Wonder as his favourite white singer, he achieved international fame with Deep Purple, and has since collaborated with artists including Tony Iommi, The KLF, and members of The Red Hot Chili Peppers. He formed his new group, Black Country Communion, in 2010.

Joel McIver is the author of 20 books on rock music, including a bestselling biography of Metallica and books about Cliff Burton, Randy Rhoads, Slayer, Black Sabbath, and Queens Of The Stone Age. A contributor to magazines such as Rolling Stone and Classic Rock, McIver also regularly appears on radio and TV.