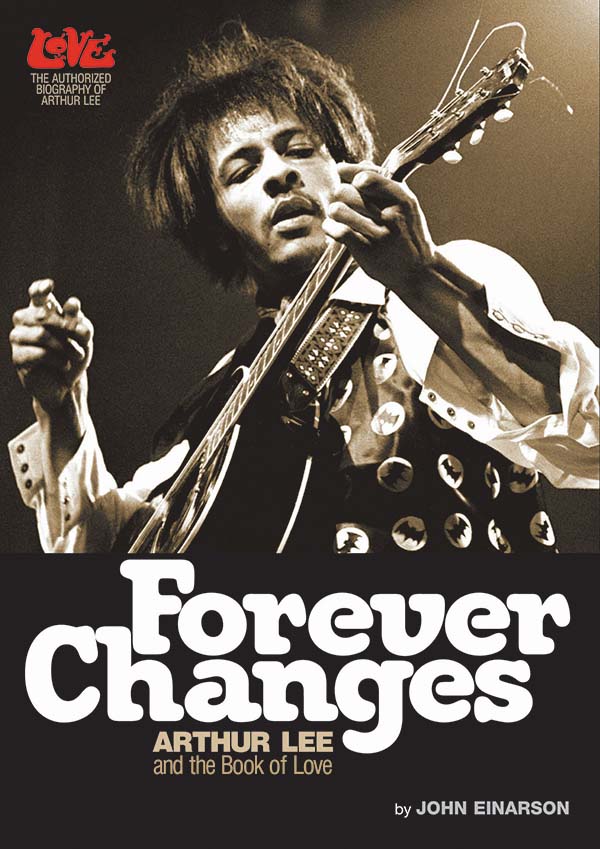 Widely hailed as a genius, Arthur Lee was a character every bit as colorful and unique as his music. In 1966, he was Prince of the Sunset Strip, busy with his pioneering racially-mixed band Love, and accelerating the evolution of California folk-rock by infusing it with jazz and orchestral influences, a process that would climax in a timeless masterpiece, the Love album Forever Changes.

Shaped by a Memphis childhood and a South Los Angeles youth, Lee always craved fame. He would achieve his ambition with a mixture of vaulting talent and colossal chutzpah. Drug use and a reticence to tour were his Achilles heels, and he succumbed to a dissolute lifestyle just as superstardom was beckoning.

Despite endorsements from the likes of Jimi Hendrix and Eric Clapton, Lee’s subsequent career was erratic and haunted by the shadow of Forever Changes, reaching a nadir with his 1996 imprisonment for a firearms offence. Redemption followed, culminating in an astonishing post-millennial comeback that found him playing Forever Changes to adoring multi-generational fans around the world. This upswing was only interrupted by his untimely death, from leukemia, in 2006.

Writing with the full consent and cooperation of Arthur’s widow, Diane Lee, author John Einarson has meticulously researched a biography that includes lengthy extracts from the singer’s vivid, comic, and poignant memoirs, published here for the first time. Einarson has also amassed dozens of new interviews with the surviving members of Love and with many others who fell into the incomparable Arthur Lee’s flamboyant orbit.

John Einarson is the author of 13 books, including the critically-acclaimed Hot Burritos: The True Story Of The Flying Burrito Brothers (Jawbone Books, 2008), named one of the 10 best music books of 2008 by Uncut magazine, and Mr. Tambourine Man: The Life & Legacy of The Byrds’ Gene Clark (Backbeat Books, 2005), cited among the 10 best music books of 2005 by Uncut and Record Collector. His other books include Desperados: The Roots of Country Rock (Cooper Square Press, 2001), the first detailed chronicle of the southern California country rock scene, and For What It’s Worth: The Story of Buffalo Springfield. He wrote the Bravo TV documentary Buffy Sainte-Marie: A Multimedia Life and served as consultant for A&E/Biography Channel’s Neil Young Biography episode and CBC TV’s Life & Times of Randy Bachman based on his best-selling biography of the Canadian music icon, Takin’ Care of Business (McArthur & Co., 2000). He has written for Mojo, Goldmine, Discoveries, Record Collector, and Rock Express and is a regular contributor to the Winnipeg Free Press. John lives with his family in Winnipeg, Canada.