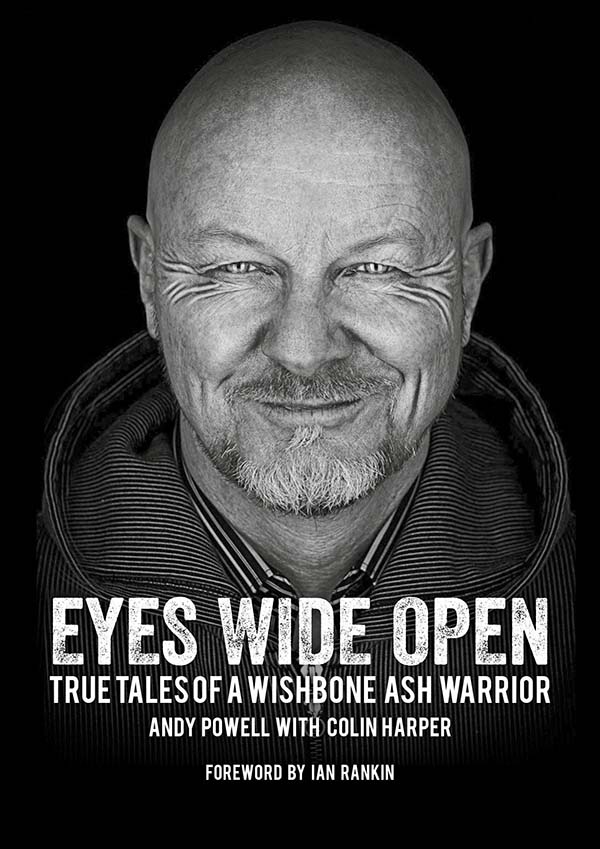 In 1969, Andy Powell was one of four founder members of progressive rock pioneers Wishbone Ash. Forty-five years later, with no sabbaticals, he is still a member of Wishbone Ash. And he has seen a lot of interesting things along the way.

Watching the birth of rock’n’roll in the 50s; stepping into the swinging 60s mod scene as a teenager; breaking through to the big time and touring the States with The Who; selling hundreds of thousands of copies of Argus; being managed by industry legend Miles Copeland; outliving punk and moving to America; battling former bandmates over the right to use the name Wishbone Ash, and fighting to keep that name alive through decades of changing tastes and styles—Andy Powell has been there, done it, and seen it all. And he’s still doing it today.

Eyes Wide Open is not just the story of one man’s adventures in music but also a journey through some of the most thrilling years of rock history. Honest, unpretentious, and often wryly amusing, it draws on half a century of mingling with the great and the good—not to mention the occasional nutcase. It’s a book that will appeal strongly to fans of Wishbone Ash but also to anybody with even a passing interest in classic rock of the 70s and beyond.

Andy Powell is a songwriter and guitarist best known as the founder and sole remaining original member of Wishbone Ash. Born in Stepney, London, in 1950, he now lives in the USA with Pauline, his wife of more than forty years.

Colin Harper is the author of Dazzling Stranger: Bert Jansch And The British Folk And Blues Revival (Bloomsbury, 2000; revised 2006 and 2012), Bathed In Lightning: John McLaughlin, The 60s, And The Emerald Beyond (Jawbone, 2014) and The Wheels Of The World: 300 Years Of Irish Uilleann Pipers (Jawbone, 2015).