Entertain Us
THE RISE OF NIRVANA
GILLIAN G. GAAR 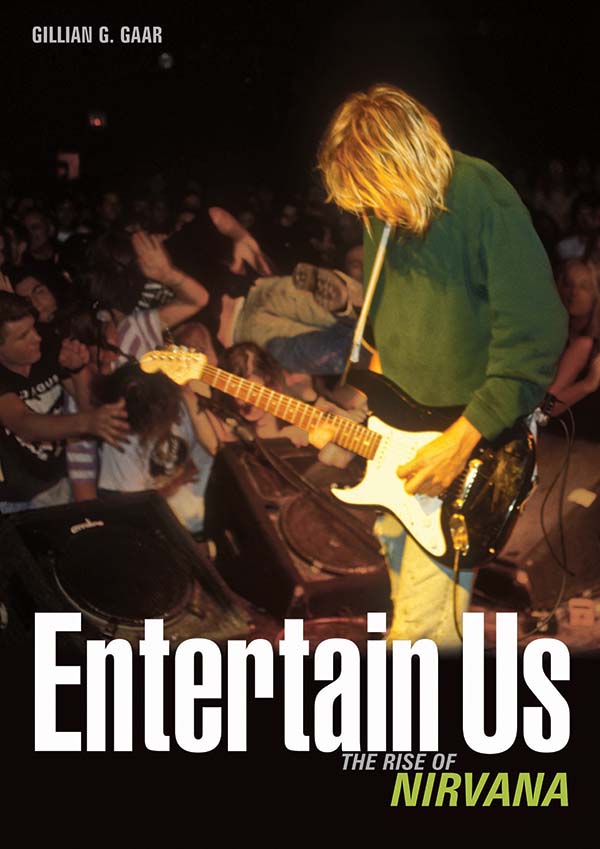 Nirvana are one of the most influential bands in rock history, and even now, nearly 20 years after Kurt Cobain’s death, the reverence in which they are held is undiminished.

Books have been written about Nirvana before, but they tend to concentrate on the band’s superstar period and Kurt Cobain’s demise, while skating over the early years. In Entertain Us, Gillian Gaar redresses the balance by examining in forensic detail the band’s rise to fame, and their first album, Bleach.

Seattle native Gaar was one of the first journalists to write about Nirvana, and covered the band’s career closely, offering her a unique perspective to write this book. Drawing on extensive interviews with the key characters in the story, including bassist Krist Novoselic, drummer Chad Channing, and producers Jack Endino and Butch Vig, the book charts the band’s formation and early years as well as their role at the center of the grunge gold rush.

By critiquing every song the band recorded in this period, tracing influences and unpicking complex relationships between band members, associates and record labels, Gaar gets to the heart of a compelling story.

Gillian G. Gaar is the author of several books about music, including Return Of The King: Elvis Presley’s Great Comeback, She’s A Rebel: The History Of Women In Rock & Roll, Green Day: Rebels With A Cause and The Rough Guide To Nirvana. She has also written for Mojo, Rolling Stone, Record Collector, Goldmine, and the Experience Music Project museum, among others, and served as project consultant on Nirvana’s 2004 boxed set With The Lights Out. She lives in Seattle, the home of grunge.