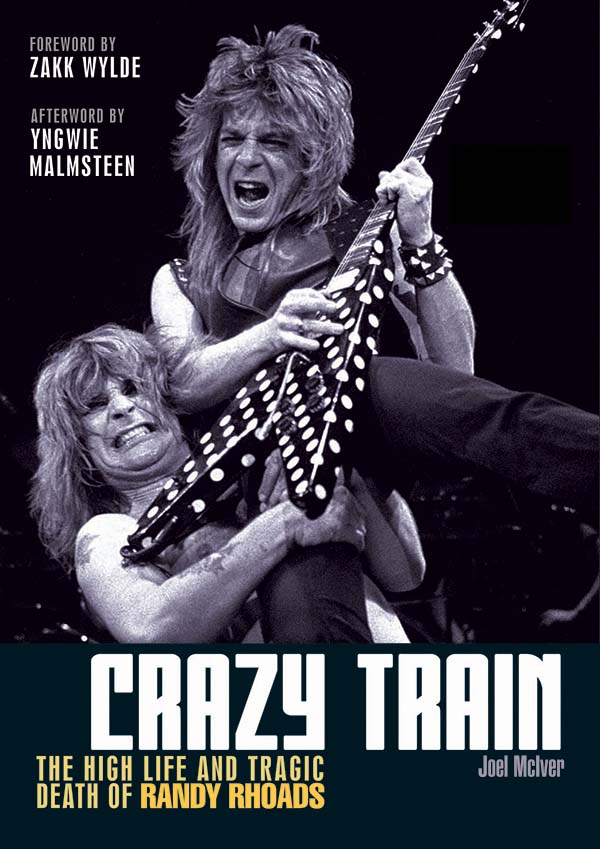 Randall Rhoads, born in California in 1956 and cut down in his prime at the age of only 26, has been an immense influence on a whole generation of musicians in rock and metal. He first came to international prominence in 1979, when he was recruited from the cult metal band Quiet Riot to play with Ozzy Osbourne, who had been fired from Black Sabbath for his drink and drug addictions and was in urgent need of a co-writer to kickstart a solo career.

How and why Ozzy and Randy went on to find enormous success is one of the key themes of Crazy Train, named after the first and most famous Osbourne/Rhoads co-composition. It was Randy’s pioneering combination of neo-classical soloing, catchy riffage and unforgettable songwriting which propelled Ozzy to stardom in his own right – even after thousands of Black Sabbath fans had written him off. The two albums that Randy recorded with Quiet Riot and the two with Ozzy showcase the young guitarist’s immense ability, although the full extent of his talent may never have been revealed. In 1982 he died in an air crash, the victim of the pilot’s cocaine-influenced misjudgment.

The parallels between Crazy Train and the author’s best-selling To Live Is To Die: The Life And Death Of Metallica’s Cliff Burton (Jawbone 2009) are intentional and obvious. Both books deal with a musical prodigy who died tragically in his mid-20s; both men have a vast following and a profile which has risen and risen in the years since their deaths; and both men have a large coterie of friends, family and associates prepared to tell their stories for the very first time.

Joel McIver is the author many books on rock music, including a bestselling biography of Metallica and books about Slayer, Black Sabbath and Queens Of The Stone Age. McIver also contributes to music and film magazines such as Rolling Stone and Classic Rock and presents a series on Scuzz TV, Guitarmageddon, based on another of his Jawbone titles, The 100 Greatest Metal Guitarists. Visit www.joelmciver.co.uk for more information.