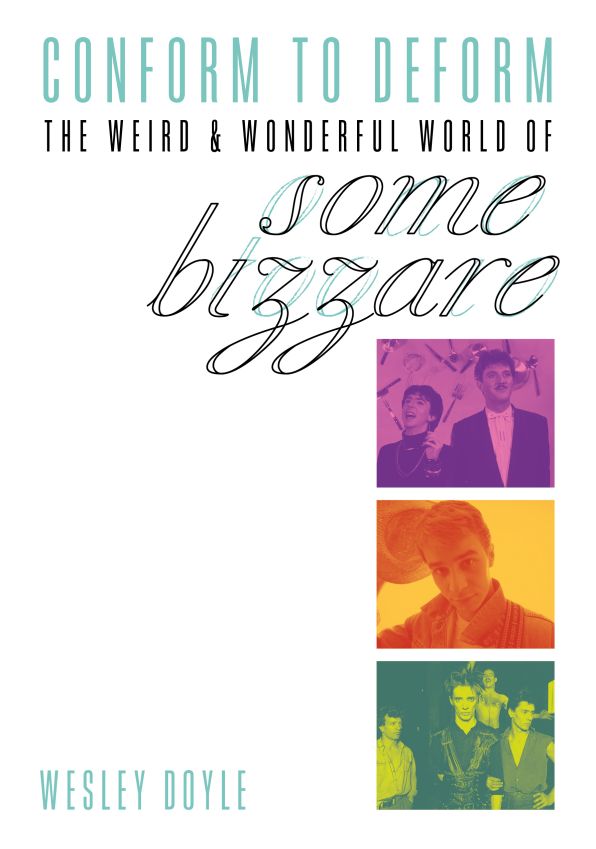 The story of Some Bizzare is a worthwhile one to be told, as I suspect there was never such an unconventional record label, or a person running one as fascinating as Stevo. It’s right he has a legacy in the music industry, however chequered it may be. MARC ALMOND, SOFT CELL / MARC & THE MAMBAS

Stevo exerted huge energy in creating what was—for two or three years, at least—the most exciting independent record company in the UK. For good or bad, he was a larger-than-life character in an industry that’s now so grey, corporate, and sterile that it seems like a lost world. MATT JOHNSON, THE THE

I felt an affinity with Stevo because he came from a proletarian background and turned it around through force of will and imagination. I admired his chutzpah, and if you were in on the joke it was so funny to watch. MICHAEL GIRA, SWANS

They were very heady days for Some Bizarre, and there was a lot of success. Probably enough time has passed for someone to figure out why what happened, happened. J.G. THIRLWELL, FOETUS / WISEBLOOD

A person that gives you a false smile is the enemy. STEVØ

Along with Factory, Mute, and Creation, Some Bizzare was the vanguard of outsider music in the 1980s. The label’s debut release reads like a who’s who of electronic music, featuring early tracks from Soft Cell, Depeche Mode, Blancmange, and THE THE, while over the next decade its roster would include artists such as Marc Almond, Cabaret Voltaire, Einstürzende Neubauten, Foetus, Swans, Coil, and Psychic TV.

For a time, Some Bizzare was the most exciting independent record label in the world, but the music is only half of the story. Self-styled label boss Stevo Pearce’s unconventional dealings with the industry are legendary. Sometimes they were playful, other times less so; either way, he was a force to be reckoned with. His preternatural ability to spot talent meant his label was responsible for releasing some of the decade’s most forward-thinking, transgressive, and influential music.

The Some Bizzare story spans the globe: from ecstasy parties in early 80s New York to video shoots in the Peruvian jungle, from multimedia events in disused tube stations to seedy sex shows in Soho. There are million-selling singles, run-ins with the Vice Squad, destruction at the ICA, death threats, meltdowns, and, of course, sex dwarves. And at the centre of it all is Stevo: DJ, entrepreneur, label boss, manager, art terrorist, disrupter. Conform To Deform is the previously untold story of the music and art he put out into the world, and how a teenager from Dagenham took on the music industry in its pomp and—for a while, at least—beat it at its own game.

Wesley Doyle has been a journalist for over twenty years and has written for The Quietus, Record Collector, Long Live Vinyl, and Vive Le Rock. He’s never quite recovered from watching Soft Cell and J.G. Thirlwell tear through Suicide’s ‘Ghost Rider’ on teatime TV back in 1983.