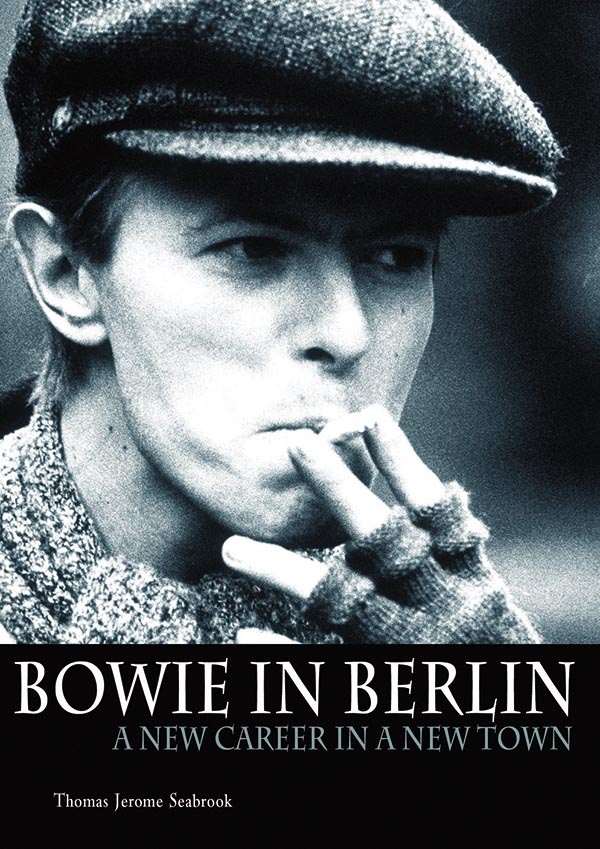 Driven to the brink of madness by cocaine, overwork, marital strife, and a paranoid obsession with the occult, Bowie fled Los Angeles in 1975 and ended up in Berlin, the divided city on the frontline between communist East and capitalist West. There he sought anonymity, taking an apartment in a run-down district with his sometime collaborator Iggy Pop, another refugee from drugs and debauchery, while they explored the city and its notorious nightlife.

In this intensely creative period, Bowie put together three classic albums—Low, “Heroes”, and Lodger—with collaborators who included Brian Eno, Robert Fripp, and Tony Visconti. He also found time to produce two albums for Iggy Pop—The Idiot and Lust For Life—and to take a leading role in a movie, the ill-starred Just A Gigolo.

Bowie In Berlin examines that period and those records, exploring Bowie’s fascination with the city, unearthing his sources of inspiration, detailing his working methods, and teasing out the elusive meanings of the songs. Painstakingly researched and vividly written, the book casts new light on the most creative and influential era in David Bowie’s career.

Thomas Jerome Seabrook is a writer and editor based in Leigh-on-Sea, England.