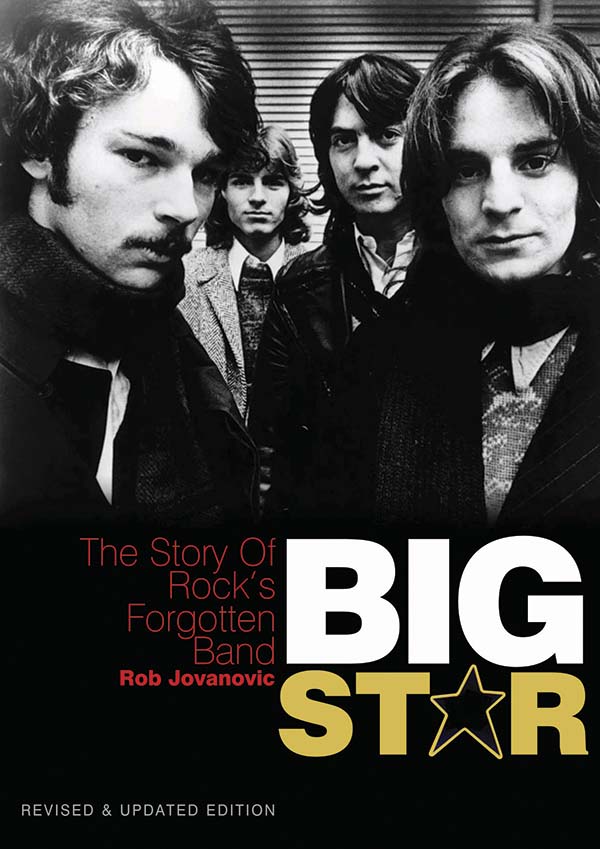 “We’ve sort of flirted with greatness,” R.E.M.’s Peter Buck admitted. “But we’ve yet to make a record as good as Big Star’s Third.”

Although Big Star were together for less than four years and had little commercial success, the influence of their three original albums—#1 Record, Radio City, and Third—continues to grow. Big Star bucked all the musical trends of the 70s. In an era of glam and prog rock they wrote catchy, radio-friendly power-pop tunes that remain influential today. Artists as diverse as Primal Scream, R.E.M., The Bangles, The Posies, Teenage Fanclub, Jeff Buckley, and Wilco have spoken about the Big Star legacy.

In the decade since the original version of this book was published, Big Star have made a belated fourth album, In Space, and released an acclaimed four-disc retrospective, Keep An Eye On The Sky. The band have also lost two original members, an influential producer, and the photographer of their iconic logo. But interest in the group is as high as ever in the 21st century, with new bands such as Yo La Tengo and Hot Chip—and even pop superstar Katy Perry—carrying the flame.

Now fully updated, and drawing on firsthand interviews with the band, family members, friends, and the major players at Ardent Records, this is the definitive history of rock’s forgotten band.

Rob Jovanovic is the author of numerous books on such diverse subjects as Pavement and Kate Bush, Beck and George Michael, R.E.M. and The Kinks. His books have been published in ten countries and in nine different languages. He is also a contributor to magazines including Mojo and Uncut. He lives just outside Nottingham with his wife and two young children.