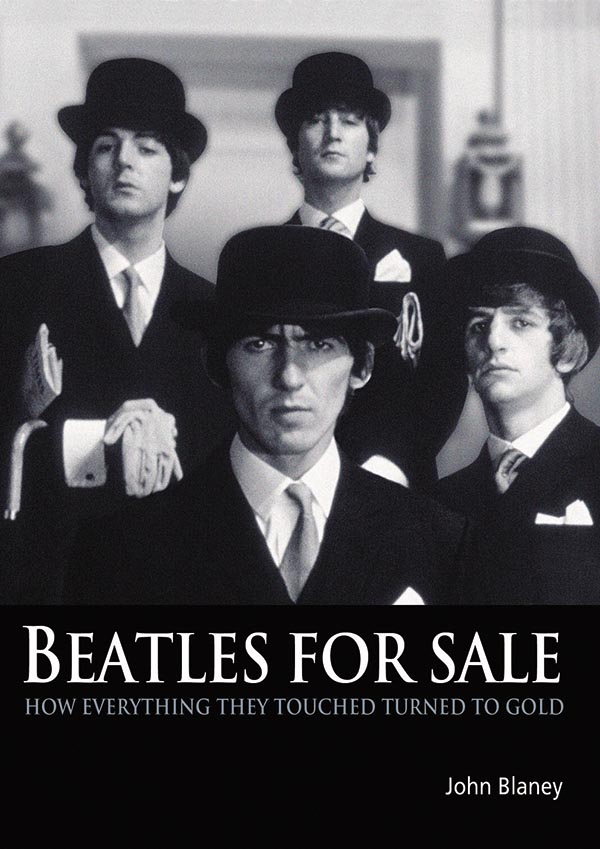 Beatles For Sale details the ups and downs of The Beatles from their inception, as they promoted, advertised, and sold records, played concerts, produced tacky merchandise, made films, and set up publishing and record companies.

It shows that The Beatles did not cope with their ever-growing business ventures because Lennon, McCartney, Epstein, Aspinall and co. had a clear vision of what they should be doing. On the contrary, their business acumen amounted to little more than making things up as they went along. Beatles For Sale offers the facts and figures behind this story, and explains how it helped shape the music business as we know it. It is a story of naivety and greed, inexperience and luck, gullibility and ingenuity. It is the story of every aspect of how The Beatles made money—and how virtually every successful group since then has followed in their footsteps.

John Blaney is the author of Jawbone’s Lennon And McCartney—Together Alone: A Critical Discography Of Their Solo Work. He is a passionate Beatles fan who brings to his writing the expertise and rigour of a professional historian. He trained as a graphic designer and studied History of Art at Camberwell College Of Arts and at Goldsmith College (both in London) before taking up his present post as curator of a museum of technology.