All I Ever Wanted
A Rock 'n' Roll Memoir
Kathy Valentine 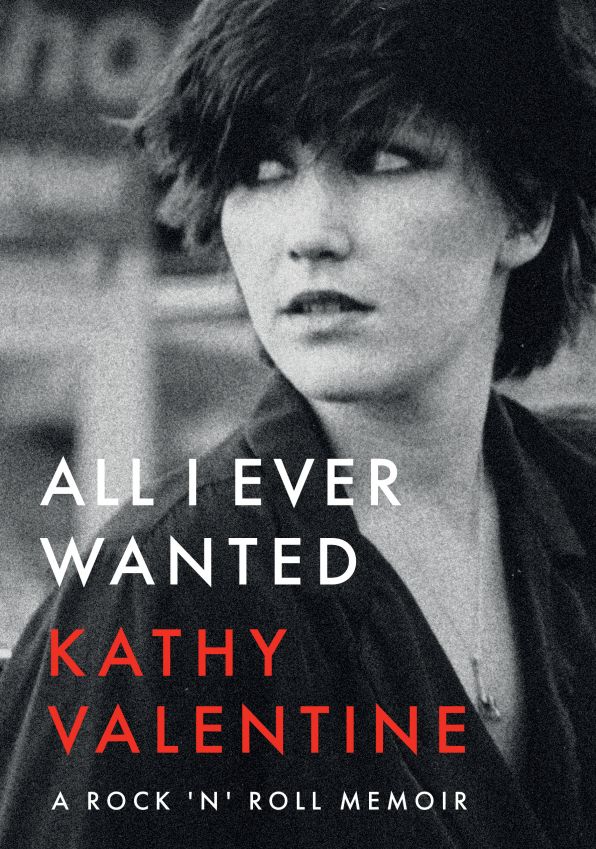 For the US edition of this book, please visit the University of Texas Press

“Kathy Valentine takes us on an epic tour of honest storytelling. All I Ever Wanted is a raw look at the highs and lows of being high and low. Long live the Go-Go’s!”
AMY POEHLER

“Like a scorching guitar solo emerging from the prettiest pop song, Kathy Valentine’s All I Ever Wanted blows away every other music memoir out there. It’s the raw, real story of a Texas girl who raised herself and became a legend through sheer grit and talent, from raucous rocker to pop princess and back again. In prose that is powerful and relatable and unsentimental and funny and scary, Valentine takes readers from the depths of a dark childhood to the electric heights of superstardom. It’s a stunning journey, masterfully told.”
AUGUSTEN BURROUGHS, author of Running with Scissors and Toil and Trouble

At twenty-one, Kathy Valentine was at the Whisky in Los Angeles when she met a guitarist from a fledgling band called the Go-Go’s―and the band needed a bassist. The Go-Go’s became the first multi-platinum-selling, all-female band to play instruments themselves, write their own songs, and have a number one album. Their debut, Beauty and the Beat, spent six weeks at the top of the Billboard 200 and featured the hit songs ‘We Got the Beat’ and ‘Our Lips Are Sealed’. The record’s success brought the pressures of a relentless workload and schedule culminating in a wild, hazy, substance-fuelled tour that took the band from the club circuit to arenas, where fans, promoters, and crew were more than ready to keep the party going.

For Valentine, the band’s success was the fulfilment of a lifelong dream―but that’s only part of her story. All I Ever Wanted traces the path that took her from her childhood in Texas―where she all but raised herself―to the height of rock’n’roll stardom, devastation after the collapse of the band that had come to define her, and the quest to regain her sense of self after its end. Valentine also speaks candidly about the lasting effects of parental betrayal, abortion, rape, and her struggles with drugs and alcohol―and the music that saved her every step of the way. Populated with vivid portraits of Valentine’s interactions during the 1980s with musicians and actors from The Police and Rod Stewart to John Belushi and Rob Lowe, All I Ever Wanted is a deeply personal reflection on a life spent in music.

Kathy Valentine is a working musician and songwriter known for being part of the Go-Go’s—the first all-female band ever to have a number one album in the USA. She wrote or co-wrote many of the band’s most renowned songs, including ‘Vacation’ and ‘Head Over Heels’. In addition to playing music and writing songs, Valentine has worked as an actor, public speaker and spokesperson, and producer. In 2017 she created She Factory, an event series to raise money for women-cantered non-profit organisations. She lives in Austin, Texas.