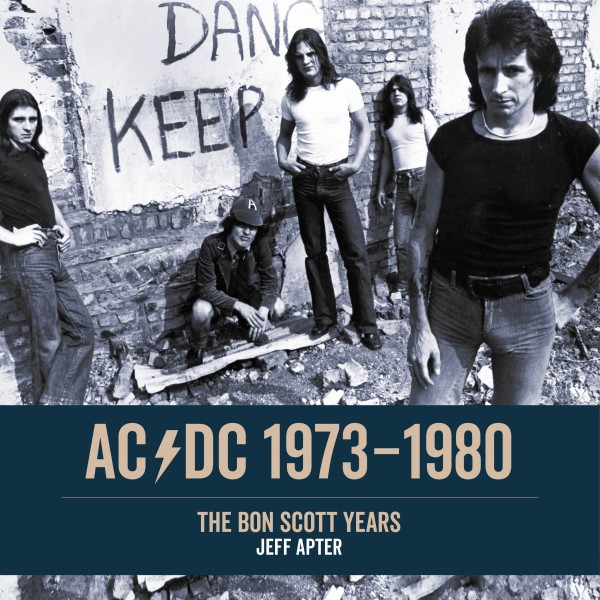 To fans and critics alike, the years 1973 to 1980—the Bon Scott era—are the most significant of AC/DC’s five-decade career. In a prolific and frequently brilliant run, they recorded six studio albums, established a diehard fan base that stretched from Australia to the UK, Europe to North America, toured relentlessly, and created no small amount of controversy and chaos.

At one low point in Australia, the band’s records were banned, their shows were cancelled, and they were hounded by the police—all because Angus Young dared bare his spotty backside at a press conference. In the midst of the mayhem, however, they were building a body of work that remains unmatched in hard rock. Many of AC/DC’s classic songs were cut during this time—‘Dirty Deeds’, ‘Rock’n’roll Damnation’, ‘High Voltage’, ‘If You Want Blood’, ‘Whole Lotta Rosie’, ‘It’s A Long Way To The Top’, ‘Let There Be Rock’, and more—and it says plenty that these fan favorites are still staples of the band’s current live sets today.

Packed full of rare photographs and memorabilia, this book documents all the key events of this frenetic time, beginning with the band’s very first shows in the bloodhouses of suburban Sydney—even before the name AC/DC had been dreamed up by Margaret Young, Malcolm and Angus’s big sister—and culminating with 1979’s Highway To Hell, the album that paved the way for the mammoth success of Back In Black and all that was to follow, and the untimely death of Bon Scott, which prompted both an end and a new beginning for the band.

Jeff Apter is the author of High Voltage: The Life Of Angus Young, AC/DC’s Last Man Standing; he ghostwrote Dirty Deeds, former AC/DC bassist Mark Evans’s bestselling memoir. He also worked as ghostwriter with AC/DC’s former manager, Michael Browning, on his book Dog Eat Dog. Jeff’s other subjects include Keith Urban, the Finn brothers, Jeff Buckley, and the Bee Gees. The former music editor at Australian Rolling Stone, Jeff was the dramaturge for the award-nominated live show A State Of Grace: The Music Of Jeff And Tim Buckley, which toured Australia successfully in 2015. For more information about Jeff and his books, visit his website: www.jeffapter.com.au