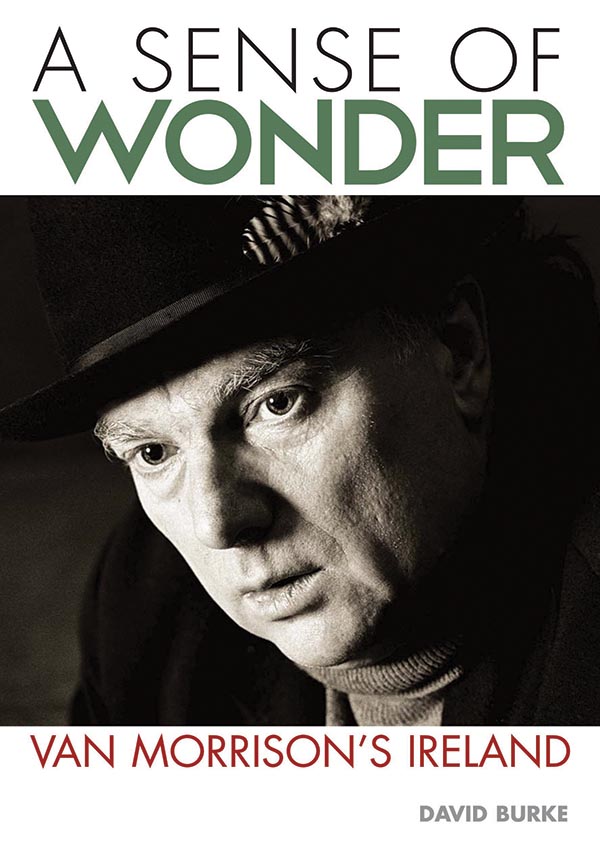 A Sense Of Wonder is a new book about Van Morrison that concentrates on the Ireland that made him, and the Ireland that he has re-made through a stunning, sprawling body of work spanning almost six decades.

Published in November, to coincide with the 45th anniversary of Morrison’s landmark album Astral Weeks, it draws on original research and interviews with a range of characters, from collaborators and associates of Van to Northern Ireland First Minister Peter Robinson and actor Liam Neeson.

A Sense Of Wonder is not a biography but rather a journey through Morrison’s Ireland. It’s a journey that begins in the heart of East Belfast on Hyndford Street—where we encounter the likes of John McCormack and The McPeake Family—and culminates in a unique picture of an idyllic, almost mythical Ireland where spirituality trumps organised religion, and art yields a stronger legacy than politics.

David Burke is news editor and features writer for R2/Rock’n’Reel magazine and a contributor to Vintage Rock. He has written two previous books, Crisis in the Community: The African-Caribbean Experience of Mental Health, and the acclaimed Heart of Darkness: Bruce Springsteen’s Nebraska.